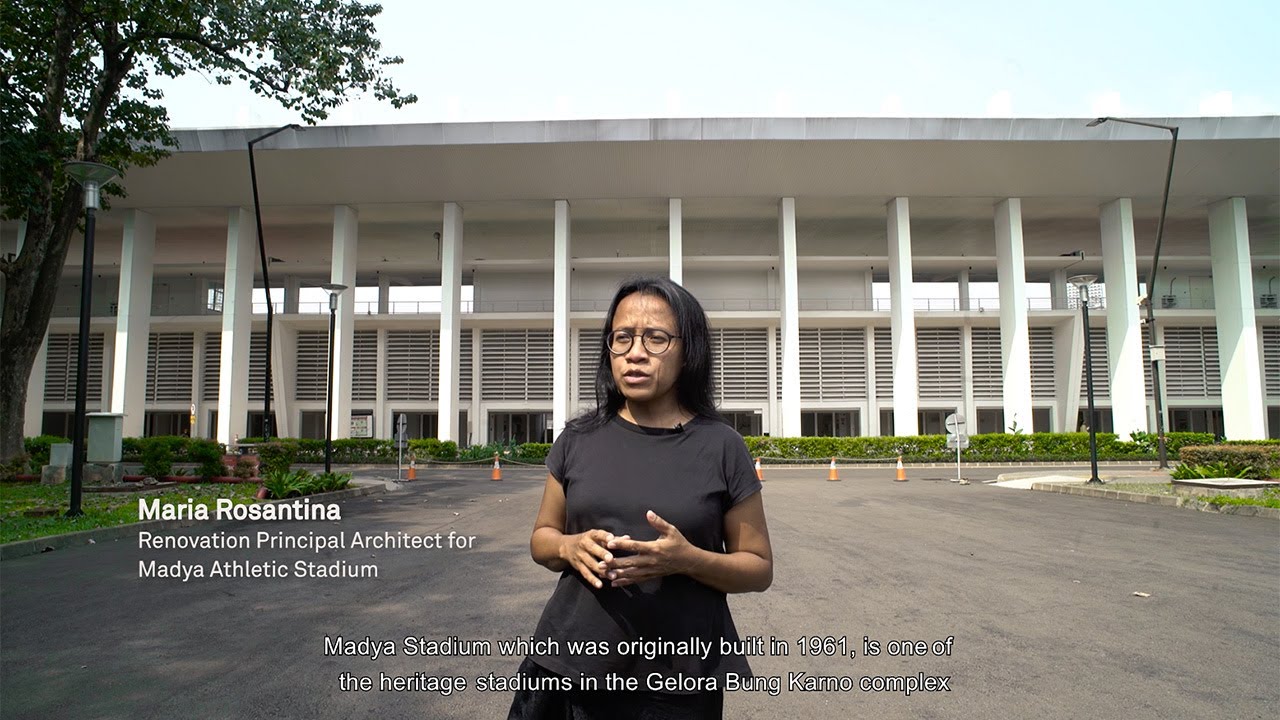 Our discourse series continued with its second online symposium on 11 June 2021. Once again, international experts came together to deepen the exchange between their various networks. The Present of Modernity focused on conservation and adaptive re-use of modernist buildings and ensembles. Fundamental aspects of fostering a broader understanding of the value of historic buildings were also discussed.
0:00:00 Introduction
0:11:14 Keeping It Modern
0:40:28 Gelora Bung Karno – From a heritage sports complex to a modern public park
1:11:27 Stop Architectural Deforestation
1:30:46 The House of Statistics – From demolition plan to future project
2:01:41 Q&A
Background:
Upon gaining independence in the mid-20th century, many cities in Southeast Asia changed dramatically in terms of their physical appearance. The task of becoming an independent nation was accompanied by the desire for a symbolic new beginning in architecture and urban planning. International modernism not only offered an aesthetic programme that reflected expectations of progress and prosperity, but also served as a means of emancipation from the colonial powers. Local modernities were created, based on an understanding of cultural specifics and the climatic requirements of building in tropical regions.
Today, however, the built legacy of this transformational period is increasingly under threat. Rapid urbanization and the accompanying rise in property values, reassessments of local architectural histories that are often politically motivated, and demands to adapt old buildings to new uses are causing ever more iconic structures to be razed or disfigured through careless modifications. And such developments are not limited to Southeast Asia. In Germany as well, architecture from the 1950s to 1970s is increasingly falling victim to demolition for very similar reasons. Nevertheless, there are precedents of the preservation and adaptive re-use of modernist architecture around the world as well as attempts to re-evaluate the building stock.
Moritz Henning from the team of artistic directors, introduced the concerns, ideas, and developments of Encounters with Southeast Asian Modernism and the Contested Modernities programme.
Nikhil Joshi, an architect, activist, and lecturer at the Department of Architecture of the National University of Singapore, introduced the topics and issues of the symposium and moderated the individual programme items with commitment and competence.
Keeping It Modern
As the first contributor, Antoine Wilmering, Senior Program Officer at the Getty Foundation, Los Angeles, provided comprehensive insight into its Keeping it Modern programme, which has supported 77 grant projects of outstanding architectural significance which contribute to advancing conservation practice through research and planning. He explained the programme’s approach, highlighting as examples the projects with Luce Memorial Chapel, Tunghai University in Taichung, Taiwan; Middle Eastern Technical University in Ankara, Turkey; and the Sardar Vallabhbhai Patel Stadium in Ahemdabad, Gujarat, India.
From a Heritage Sports Complex to a Modern Public Park
Maria Rosantina and Gregorius Supie Yolodi, partners at d-associates, Jakarta, presented the film Gelora Bung Karno: From a Heritage Sports Complex to a Modern Public Park, which was produced for the Contested Modernities programme. Yolodi and Rosantina were part of the team appointed by the Association of Indonesian Architects to plan, coordinate, and implement the masterplan for the renovation of the Gelora Bung Karno Sports Complex, which was originally built to host the 1962 Asian Games. In their video, the architects reflect on the design process and discuss the result with others involved in the renovation process. You can also watch the film separately here.
Stop Architectural Deforestation
Ho Weng Hin, partner at Studio Lapis and chair of Docomomo Singapore, presented the film Stop Architectural Deforestation by Jonathan Yee Chenxin, Freda Yu Bing Jie, and Ge Luyao in collaboration with Docomomo Singapore. Ho Weng Hin served as an advisor to the film, which argues for saving the country’s modernist built heritage because of its universal good to the climate and environment, thereby moving the discussion away from subjective criteria. The film was produced as part of the Contested Modernities programme. You can also watch the film separately here.
From Demolition Plan to Future Project
The last contribution focused on Haus der Statistik (House of Statistics) in Berlin, under the title The House of Statistics: From Demolition Plan to Future Project. Konrad Braun from the initiative ZUsammenKUNFT Berlin Cooperative for Urban Development, and Manfred Kühne, Head of Berlin’s Department of Urban Planning and Projects, presented the current transformation of this modernist East German building into a community project involving civic initiatives, the public administration, and the housing sector from different perspectives.
The ensuing discussion was multifaceted, complex, and full of insights. The contributors had many questions for each other, resulting in a lively dialogue that will be continued in the future.