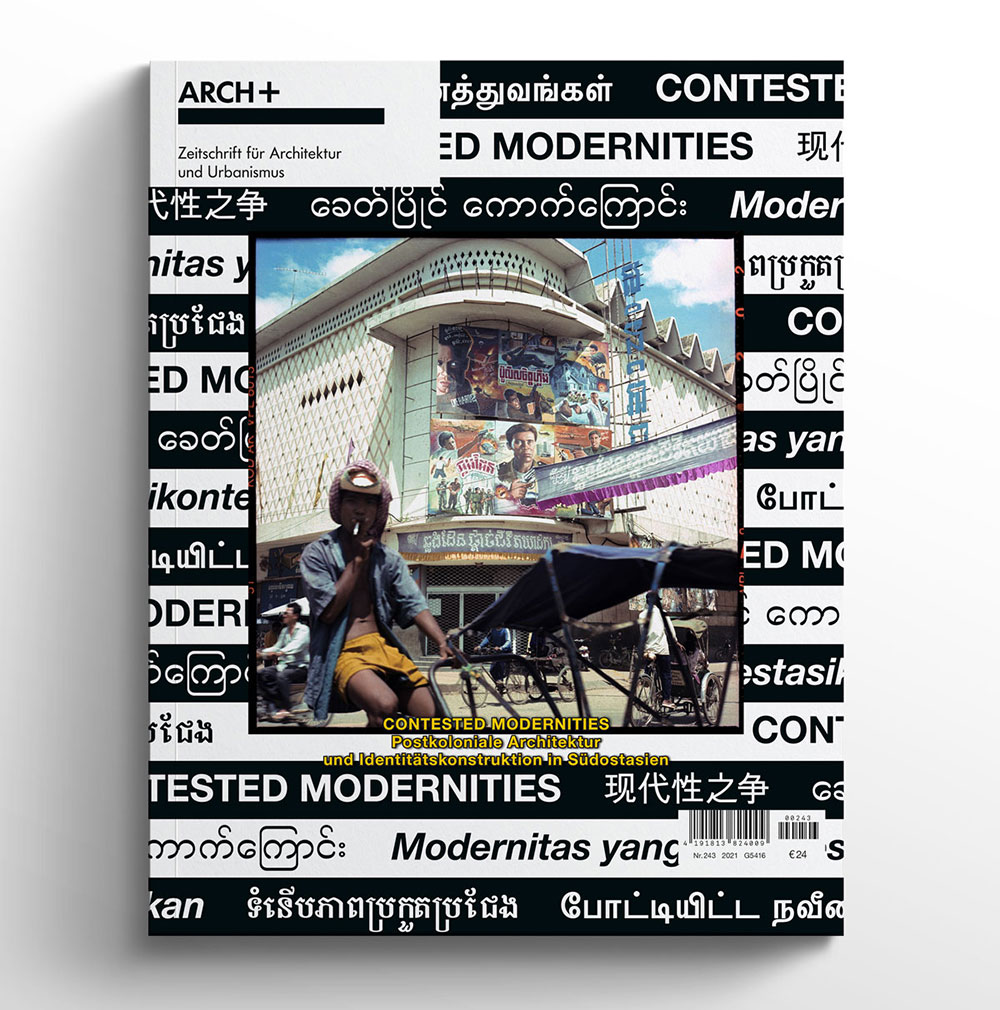 As part of Contested Modernities, an issue of ARCH+ Journal of Architecture and Urbanism on Southeast Asian modernism was published in April 2021. This issue was developed by Sally Below, Moritz Henning and Eduard Kögel as guest editors together with our team member and ARCH+ editor Christian Hiller in close collaboration with ARCH+.

Using examples from Cambodia, Indonesia, Myanmar, and Singapore, this ARCH+ issue focuses on how new national identities were constructed through architecture and urban planning in the course of decolonization. The buildings created during this time of transformation not only illustrate the young nations’ emancipatory aspirations, but also represent important examples of tropical modernism. A look at global interdependencies, such as West Germany’s development aid and East Germany’s socialist solidarity, provide insight into the geopolitical background of Western involvement in the wider region, including countries such as Vietnam.

Today, the existence of many of these “architectures of independence” is under threat, not only due to rapid urbanization in most Southeast Asian regions, but also each country’s politically driven reassessments of its own (architectural) history. In response, the authors and projects featured in this issue advocate a critical reappraisal of these architectures, along with their preservation and adaptive reuse.

“Architecture and urban planning have always been instrumental in constructing identities. Not only does this apply to the reconstruction of historical buildings and complexes that we are currently witnessing as a manifestation of metapolitical right-wing backlash in Europe, but also to the modernist movement as a whole. The imagination of an idealized past, as well as that of a better future, are per se political. The encounters with Southeast Asian modernisms – understood as an expression of the struggle by the societies in this region for a postcolonial future – remind us of this ideological implication of architecture. Furthermore, these encounters prove once again that modernist architecture was not an exclusively western development, but polyphonic and multilayered, and globally integrated. This insight also highlights the task we still face balancing the tension between universalist aspirations and specific societal contexts. Only then can we call modernity our home.”
Anh-Linh Ngo, ARCH+ Editor-in-Chief 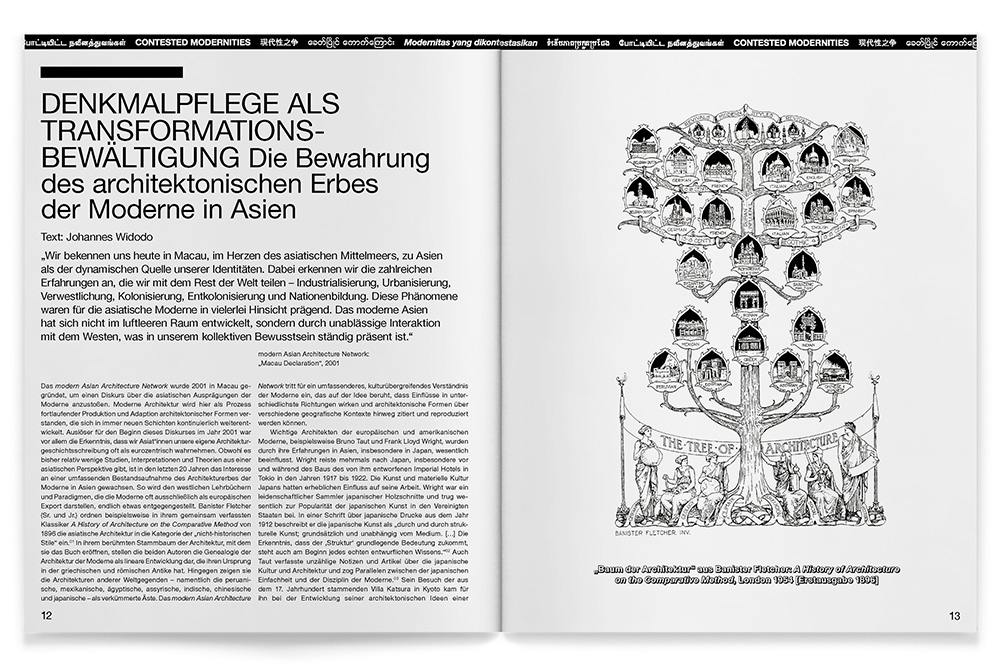 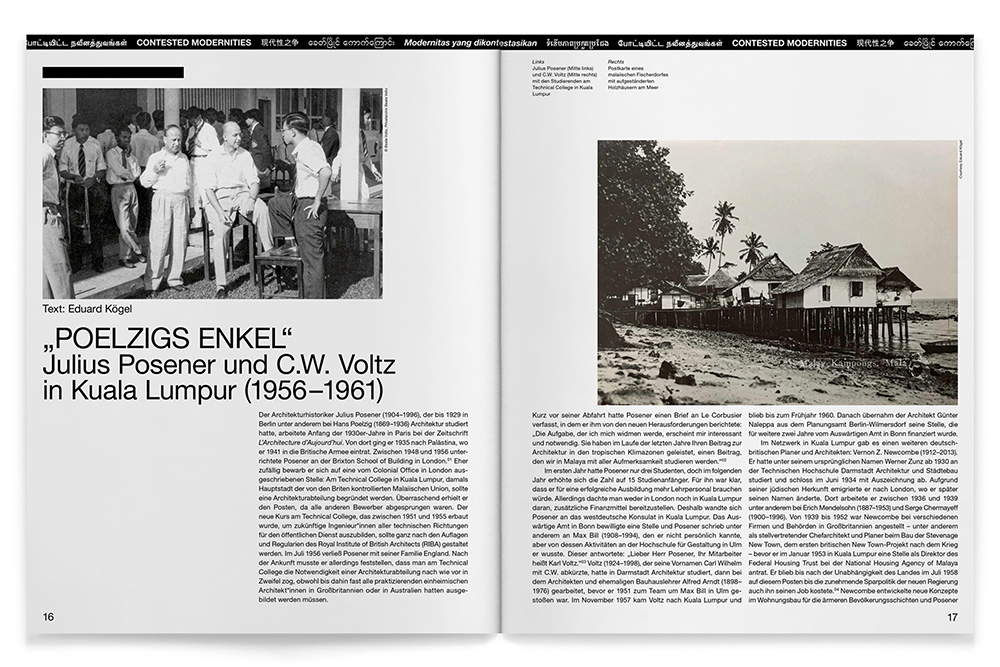 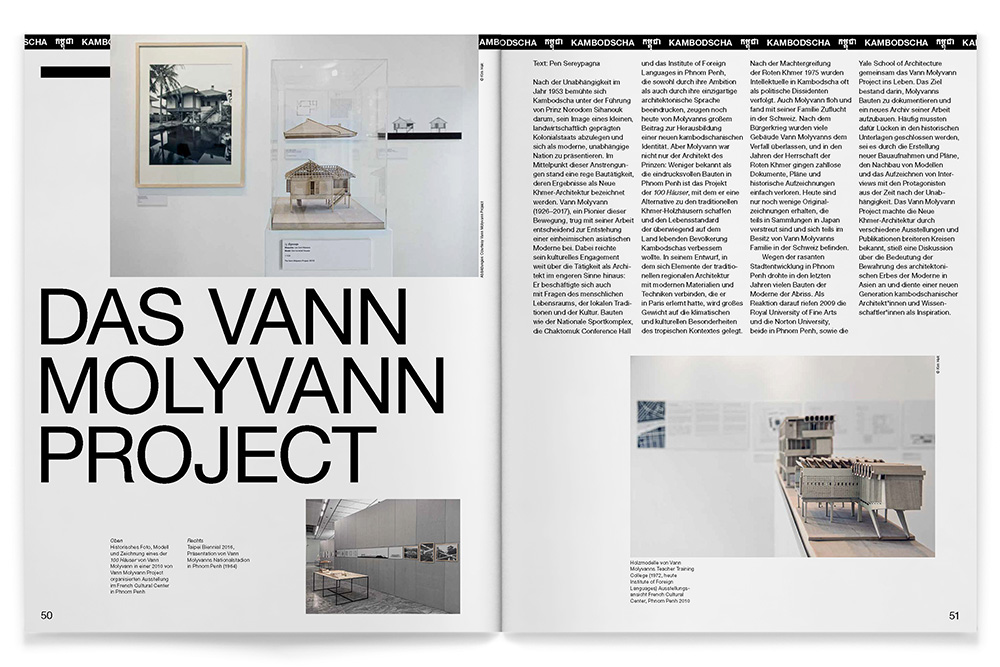 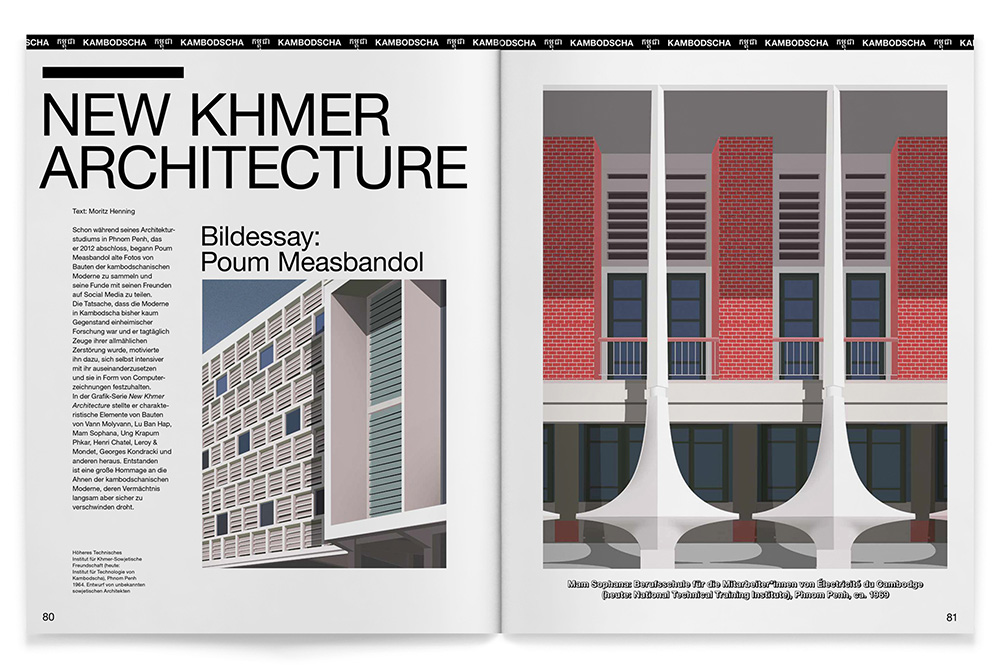 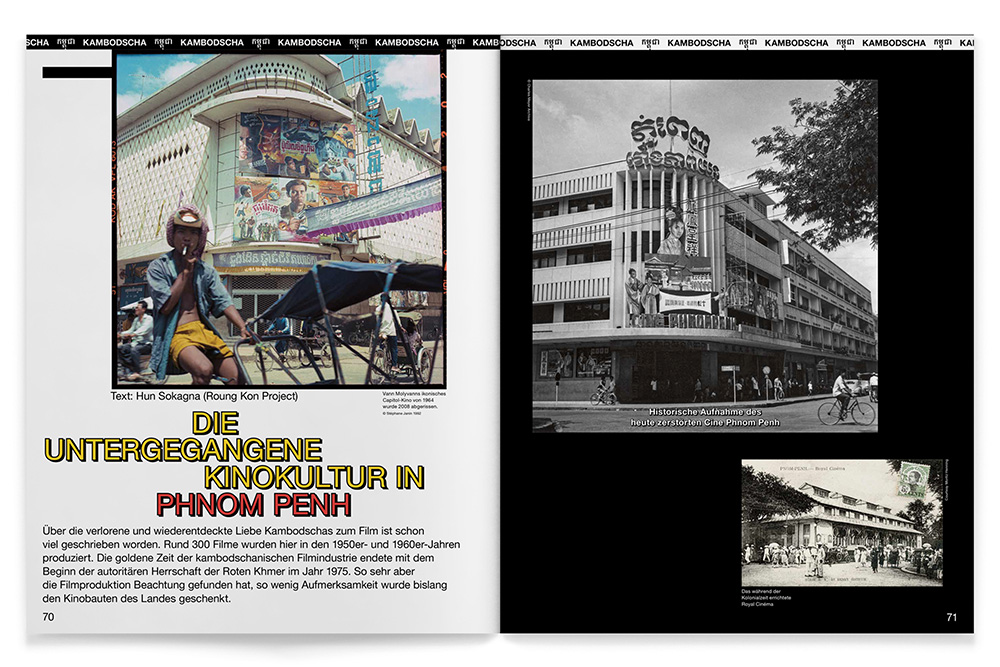 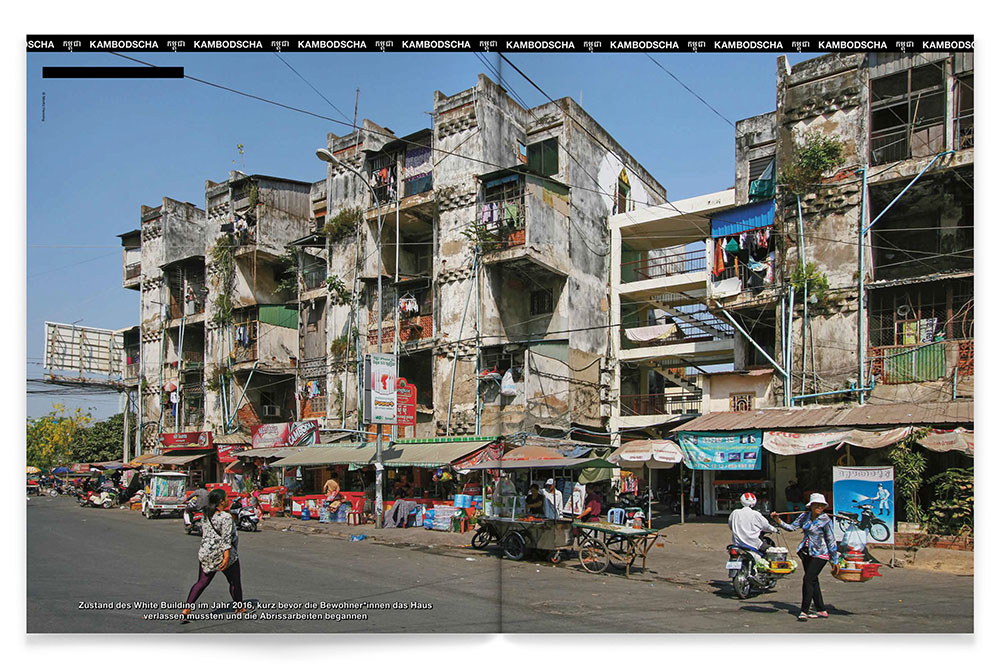 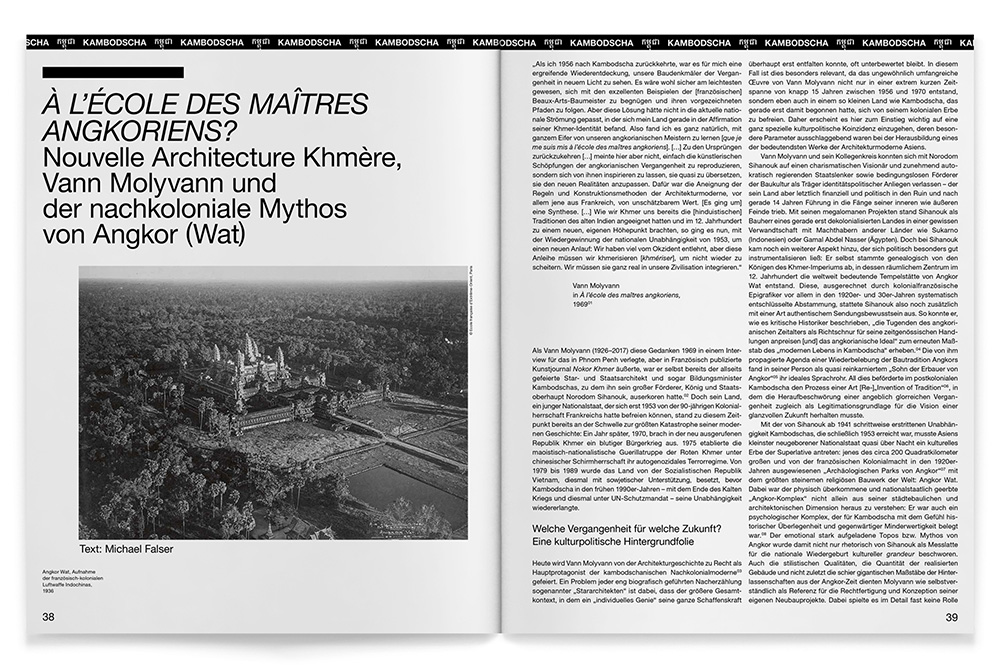 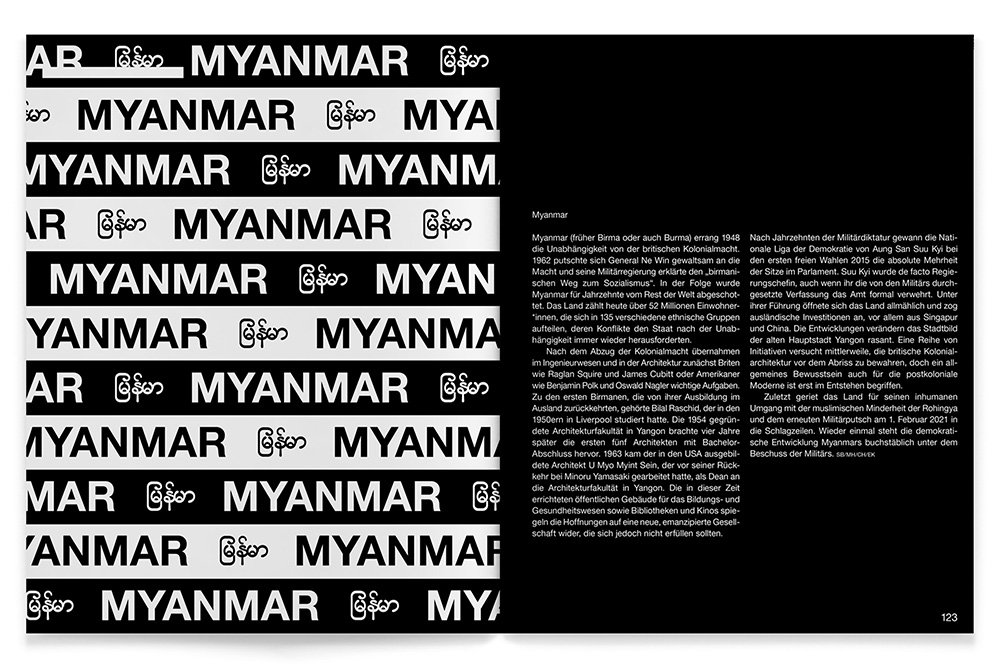 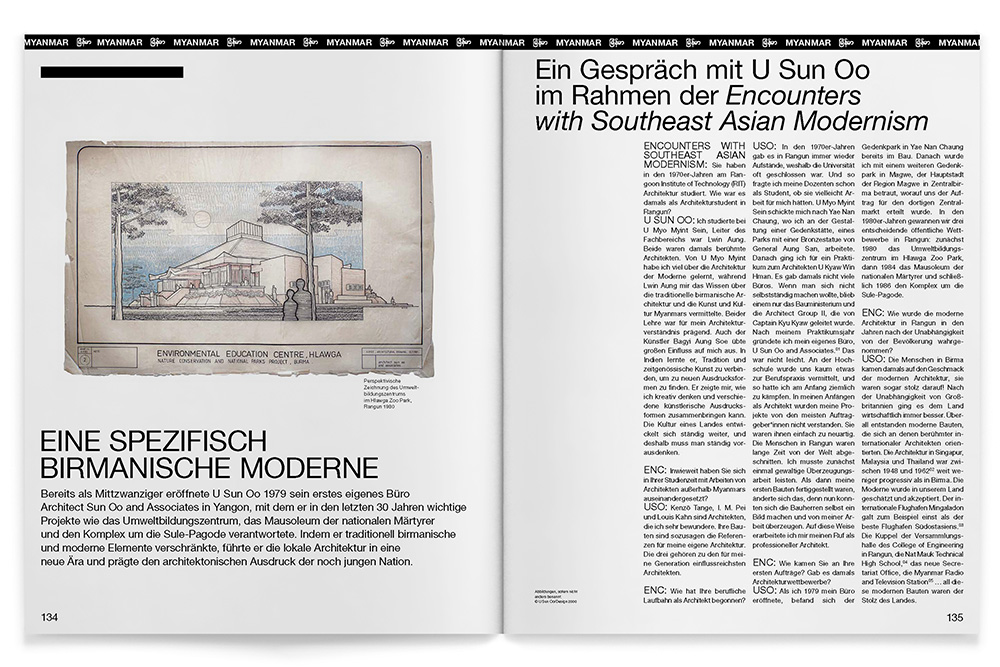 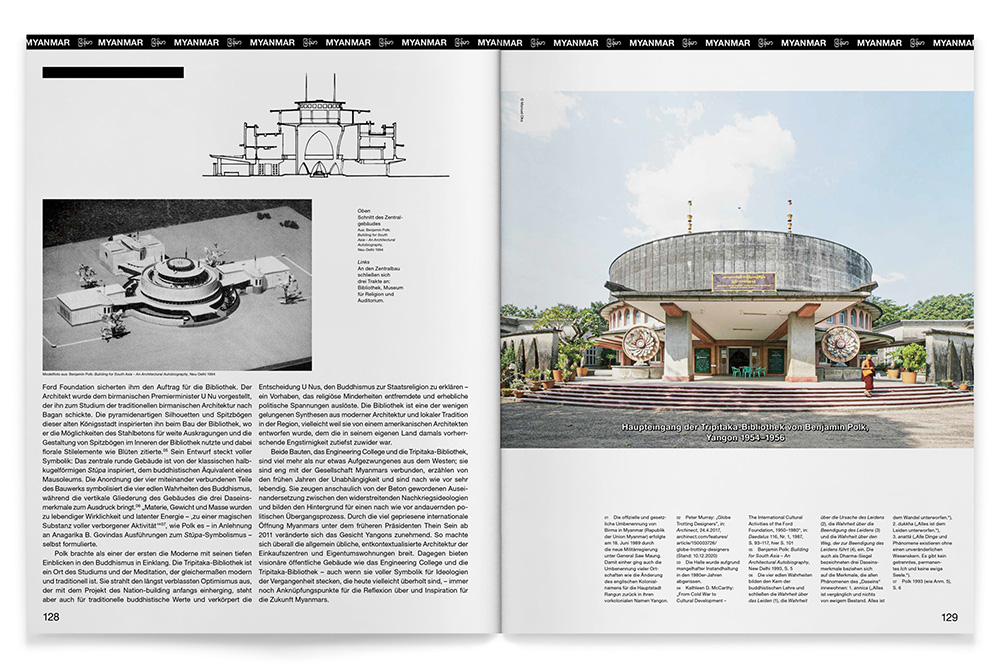 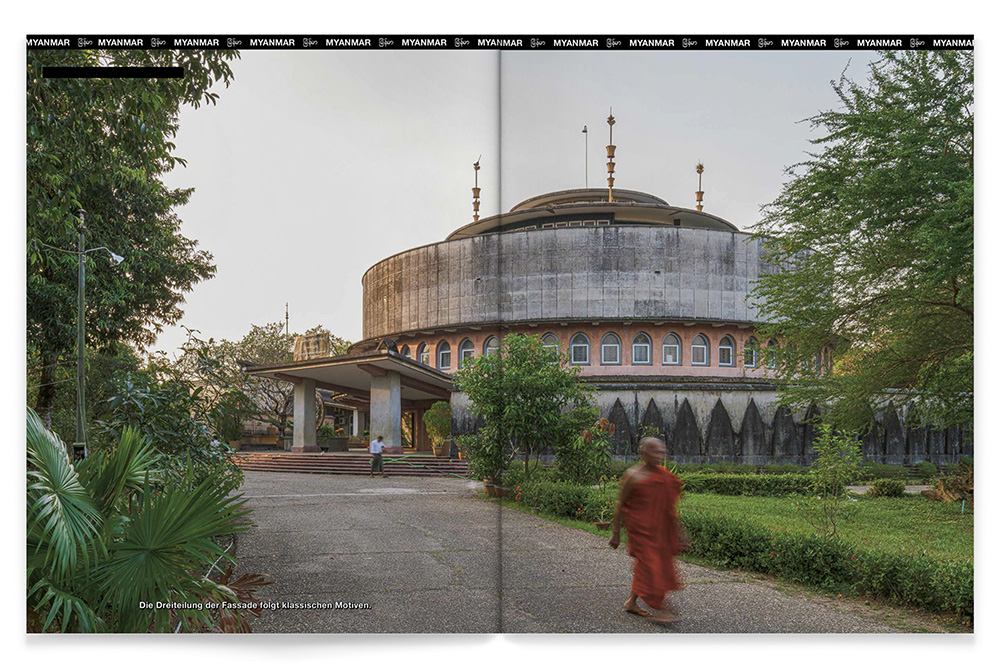 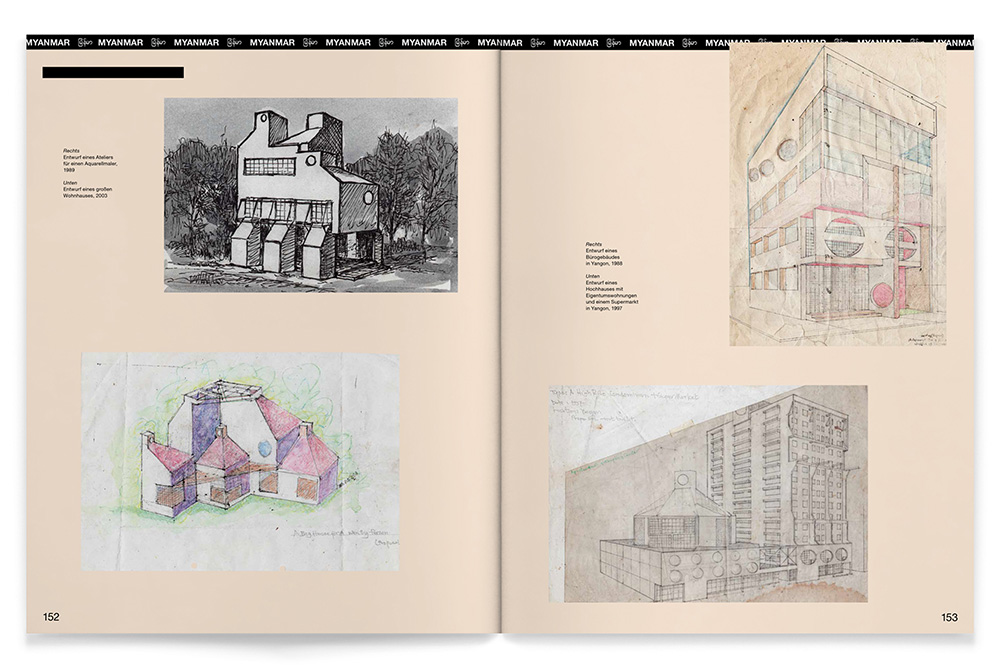 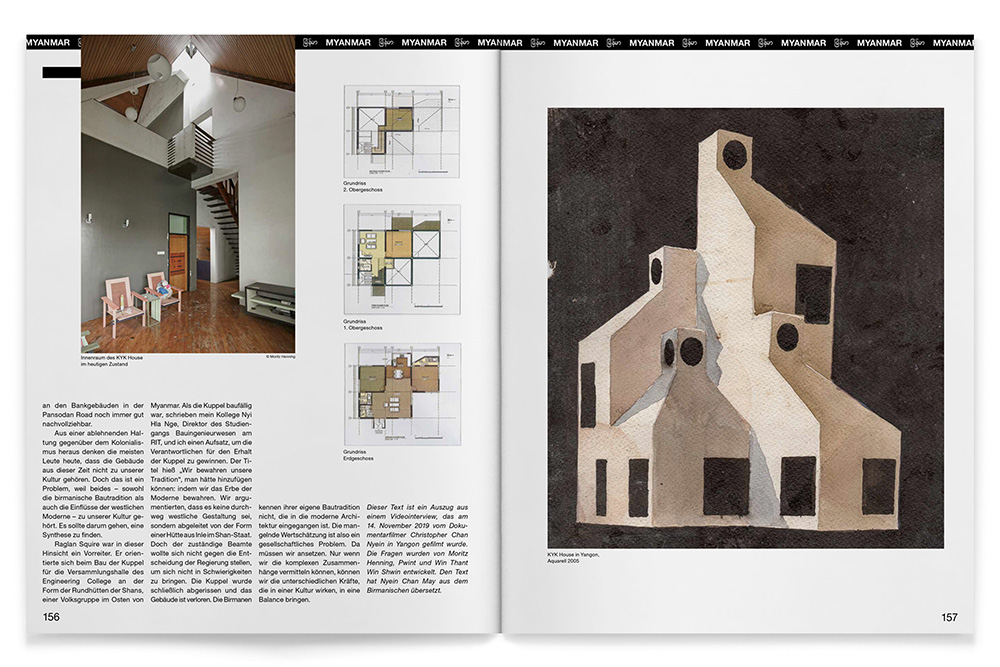 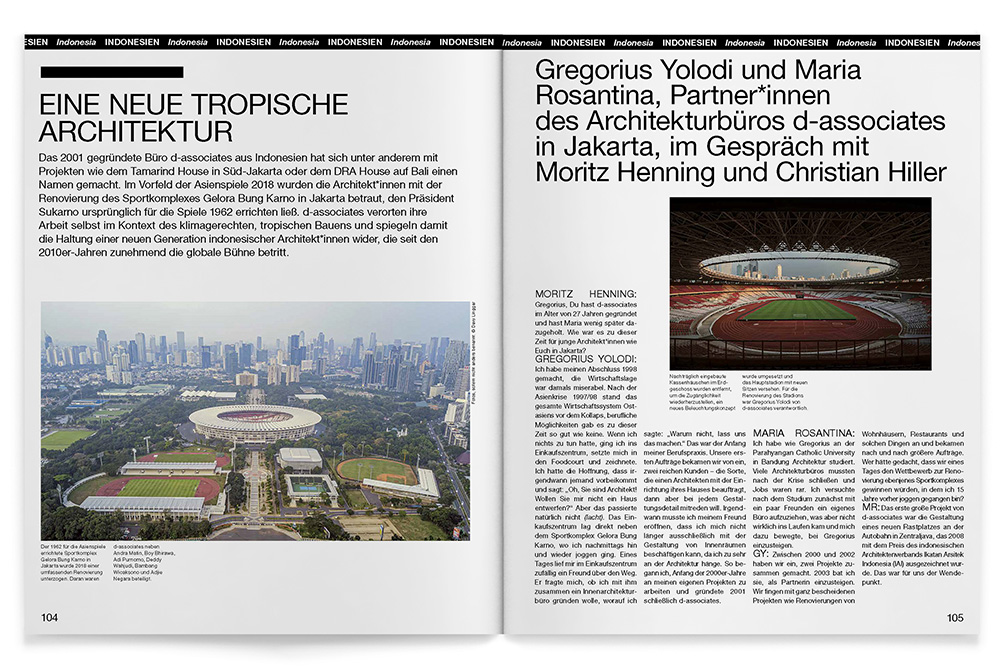 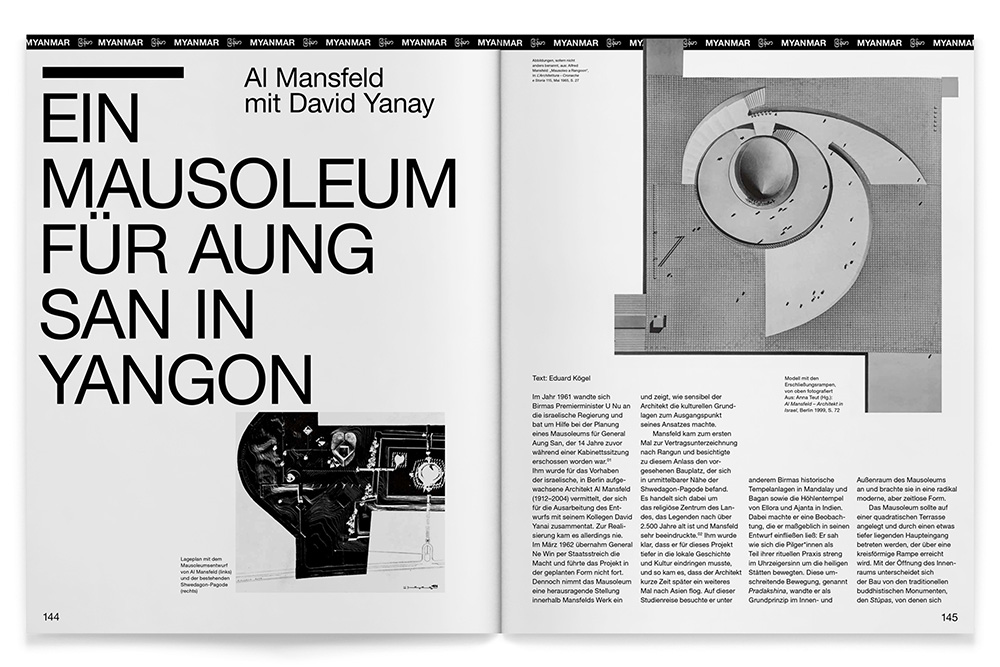 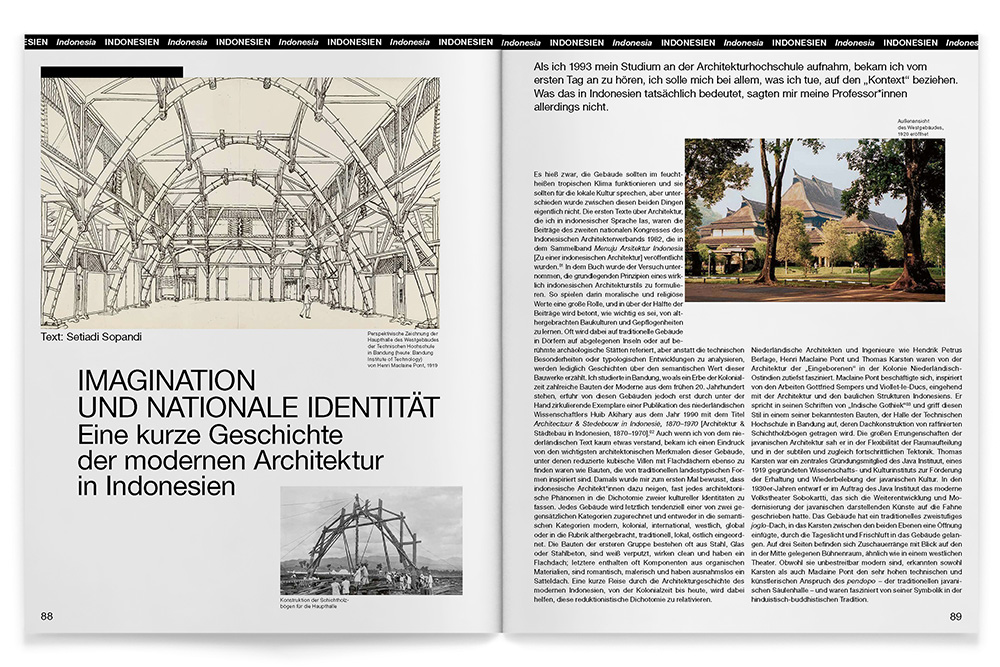 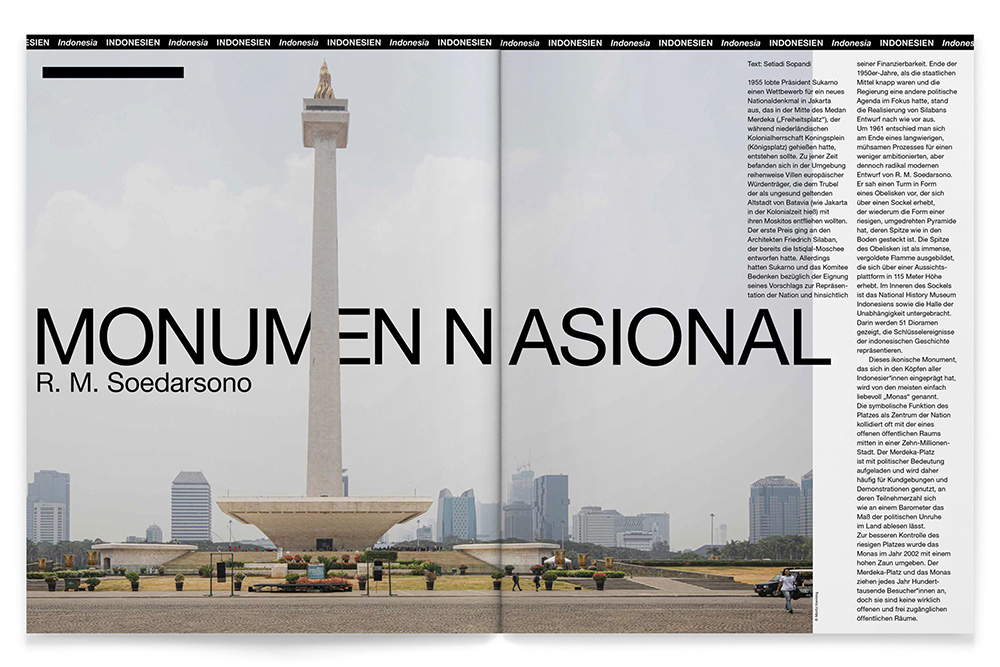 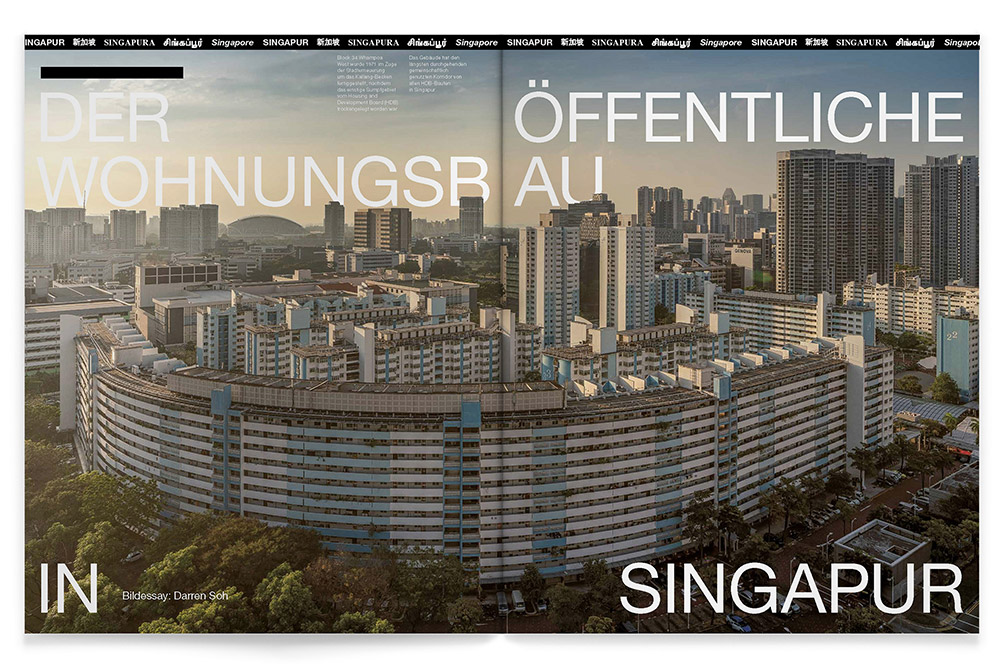 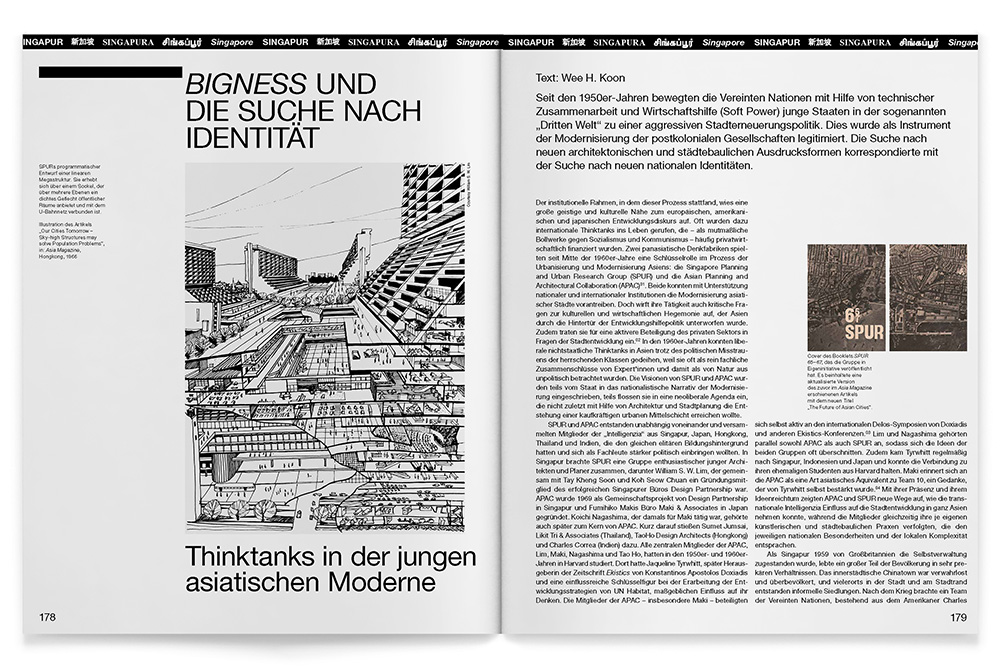