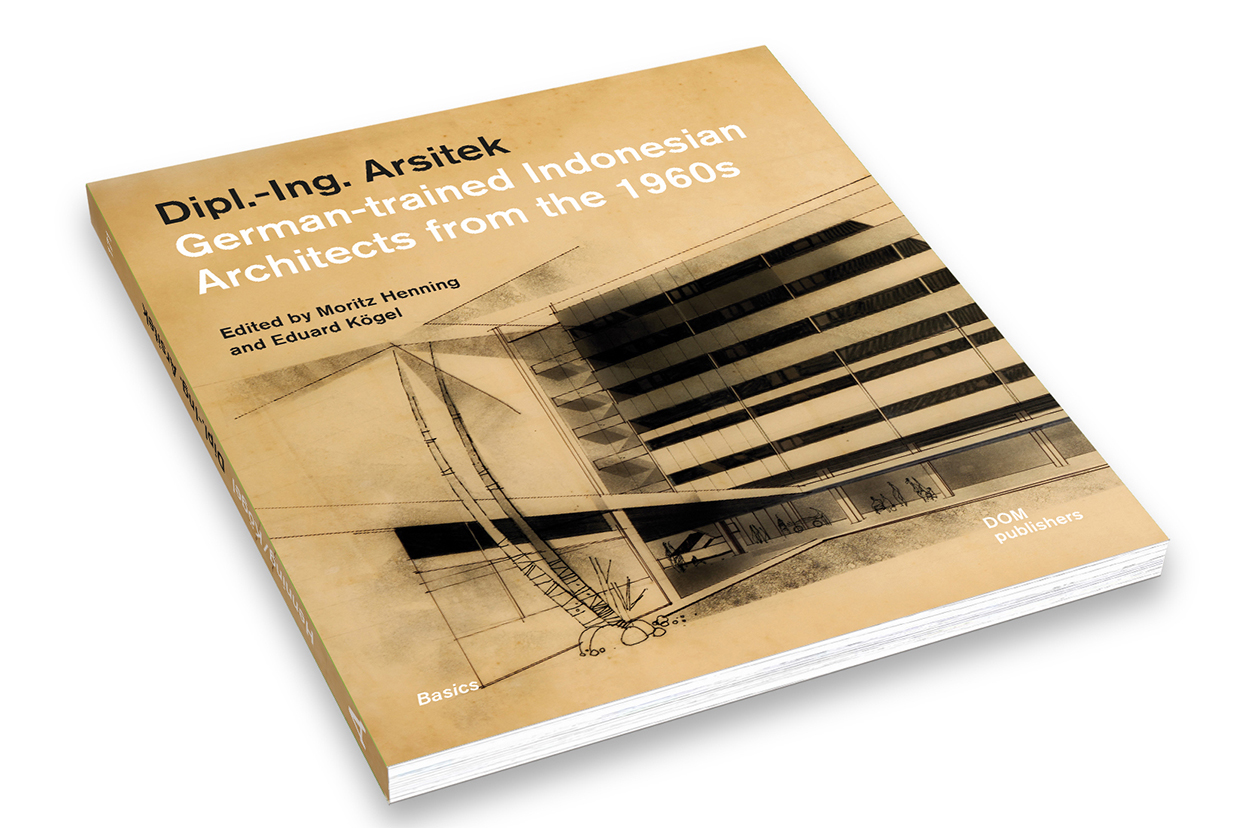 On 12 January 2023, the exhibition Dipl.-Ing. Arsitek: German-trained Indonesian Architects from the 1960s ended after five weeks. During this time, over 20,000 visitors saw the exhibition at the Taman Ismail Marzuki Art, Culture and Science Centre in Jakarta. The accompanying book is now being published.

In 1960 and 1961, a group of young Indonesians completed their studies in Berlin and Hanover with a degree in architecture (Diplom-Ingenieur Architektur; in Indonesian: Dipl.-Ing. Arsitek). Most of these graduates returned to Indonesia. At that time, the country sought independent forms of built expression to represent a modern civil society with contemporary structures that would reflect the culture and accommodate the climate. During this highly dynamic period, those who returned soon became influential architects in their homeland. Around a third of the graduates remained in Europe, where they pursued successful architectural careers in Germany, Switzerland, or the Netherlands.

Using the final diploma projects of ten of those students as a starting point, Dipl.-Ing. Arsitek: German-trained Indonesian Architects from the 1960s provides multifaceted insights into this little-known aspect of German-Indonesian relations. In-depth portraits are given of the architects Bianpoen, Han Awal, Herianto Sulindro, Jan Beng Oei, Mustafa Pamuntjak, Soejoedi Wirjoatmodjo, Suwondo Bismo Sutedjo and Yusuf Bilyarta Mangunwijaya. Many of the cited plans and documents come from the architects’ personal archives and are now available to the public for the first time. Fifteen exemplary buildings are documented in their current context in new photographs produced by William Sutanto in Indonesia and Moritz Bernoully in Germany for this project, highlighting their unique characteristics and qualities.

This title is expected to become available in spring 2023, and can be ordered via the publisher’s website. 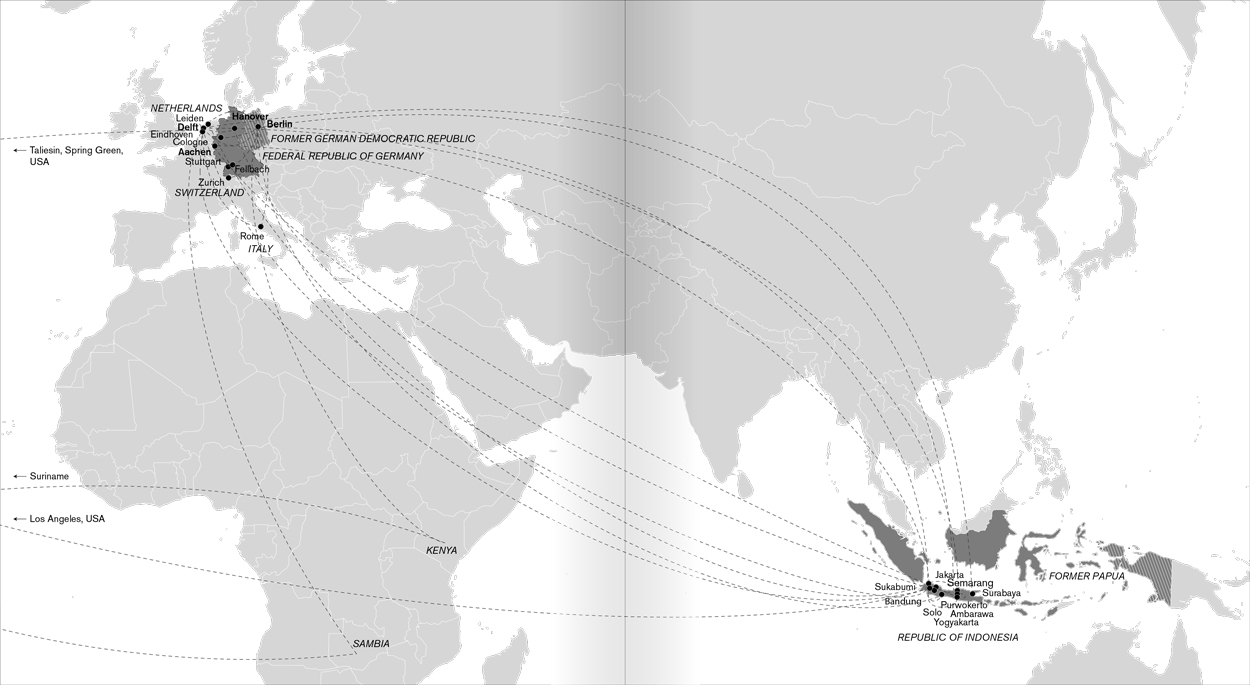 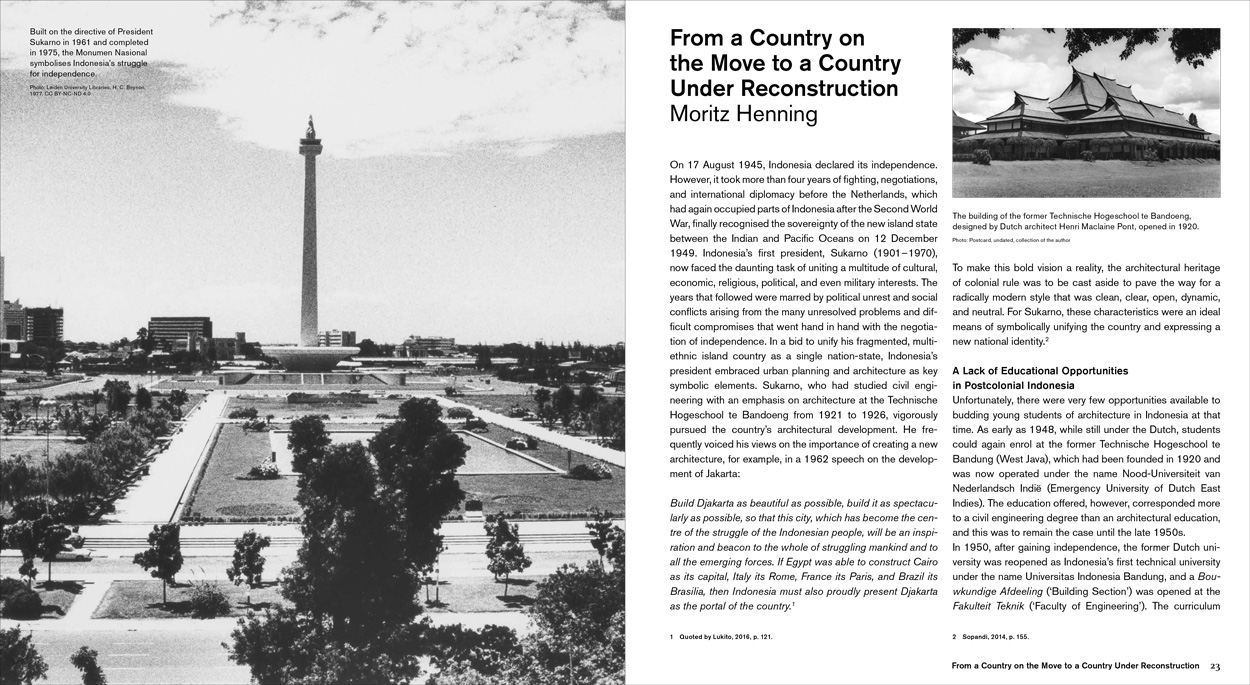 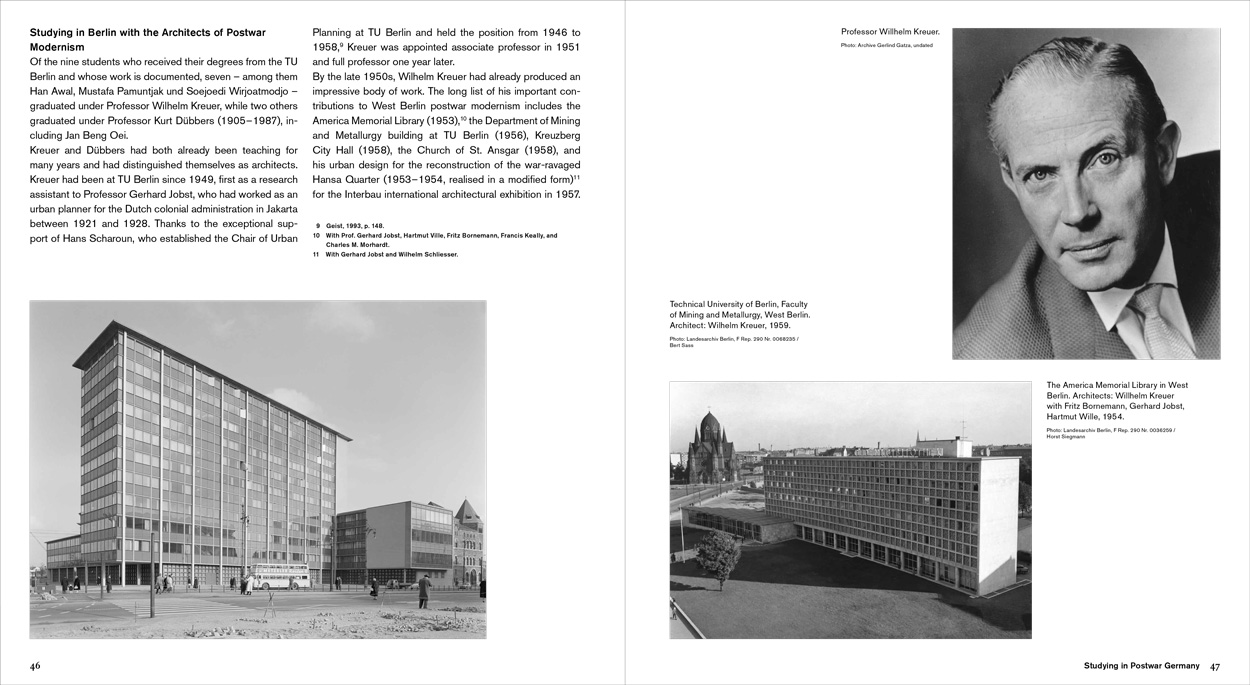 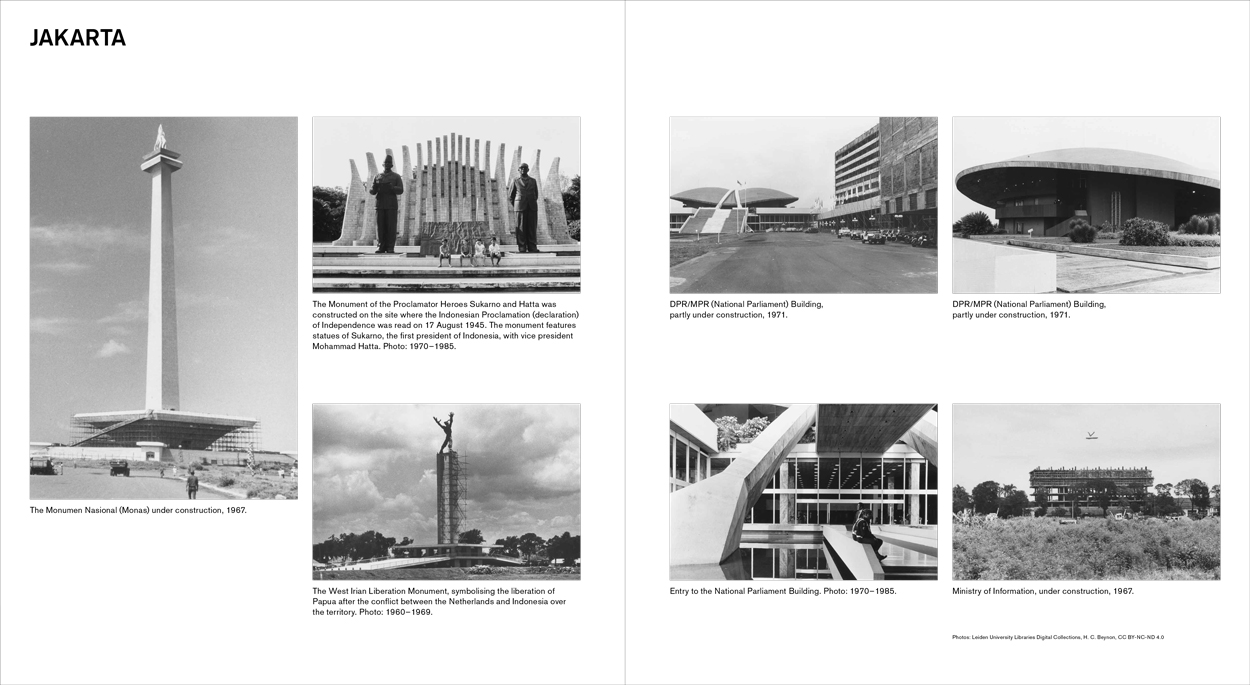 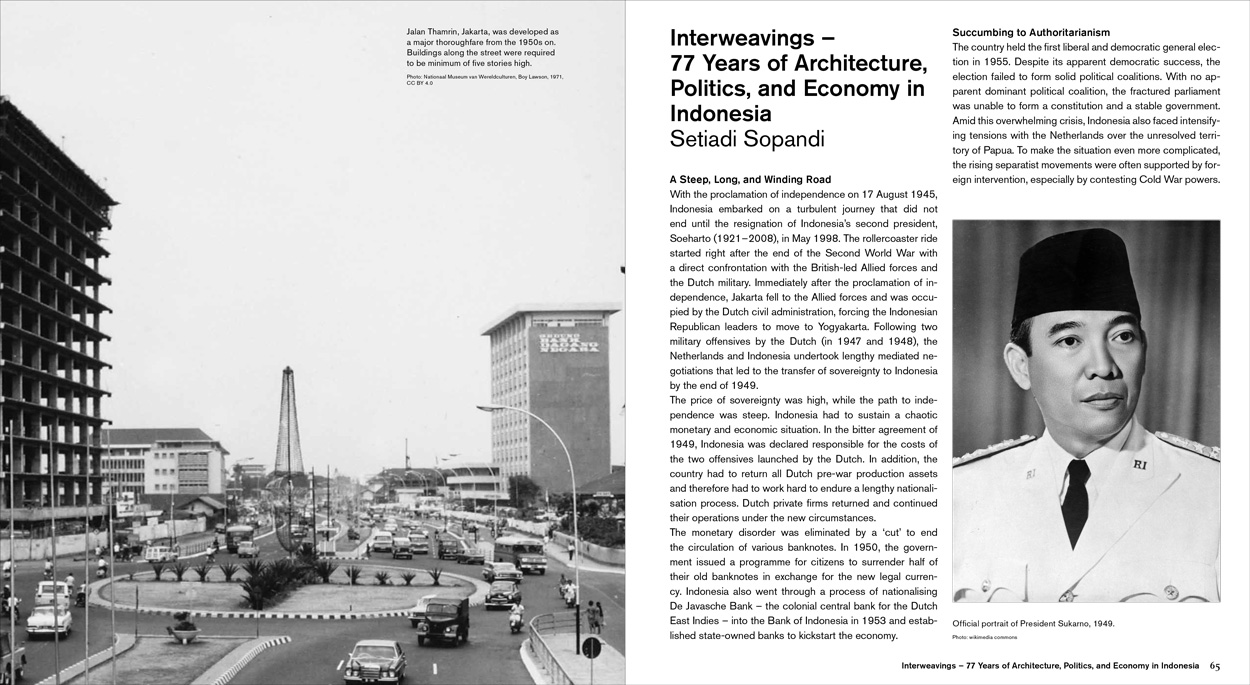 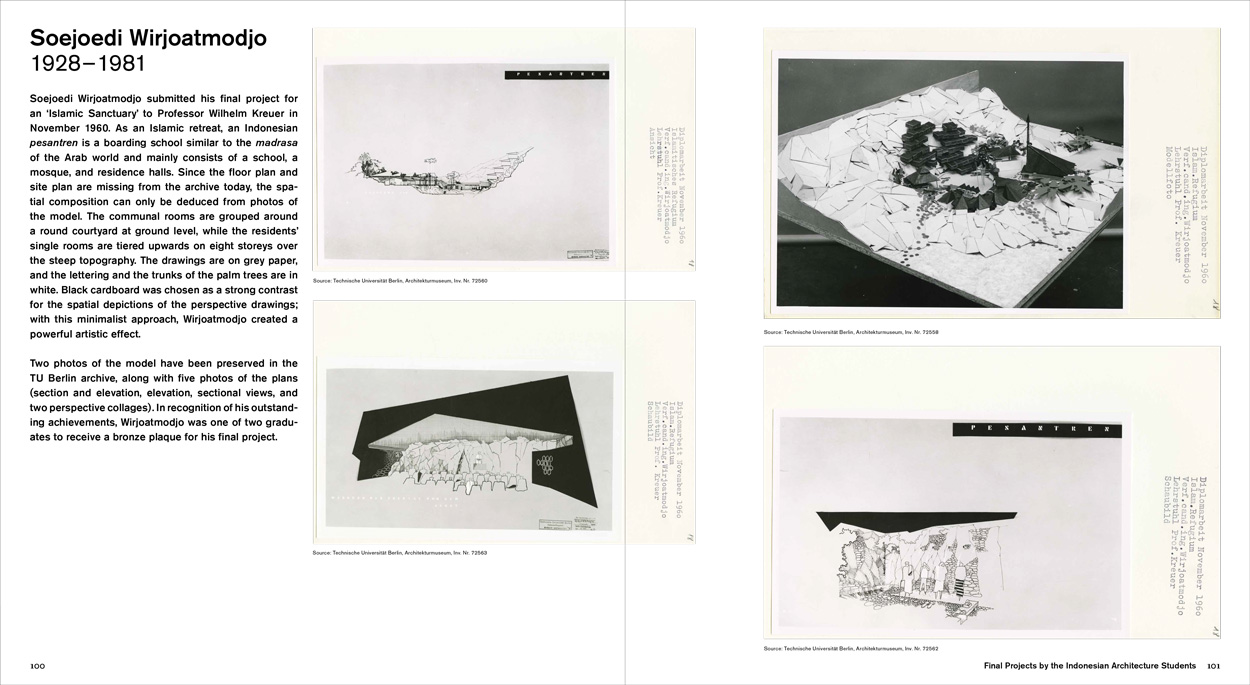 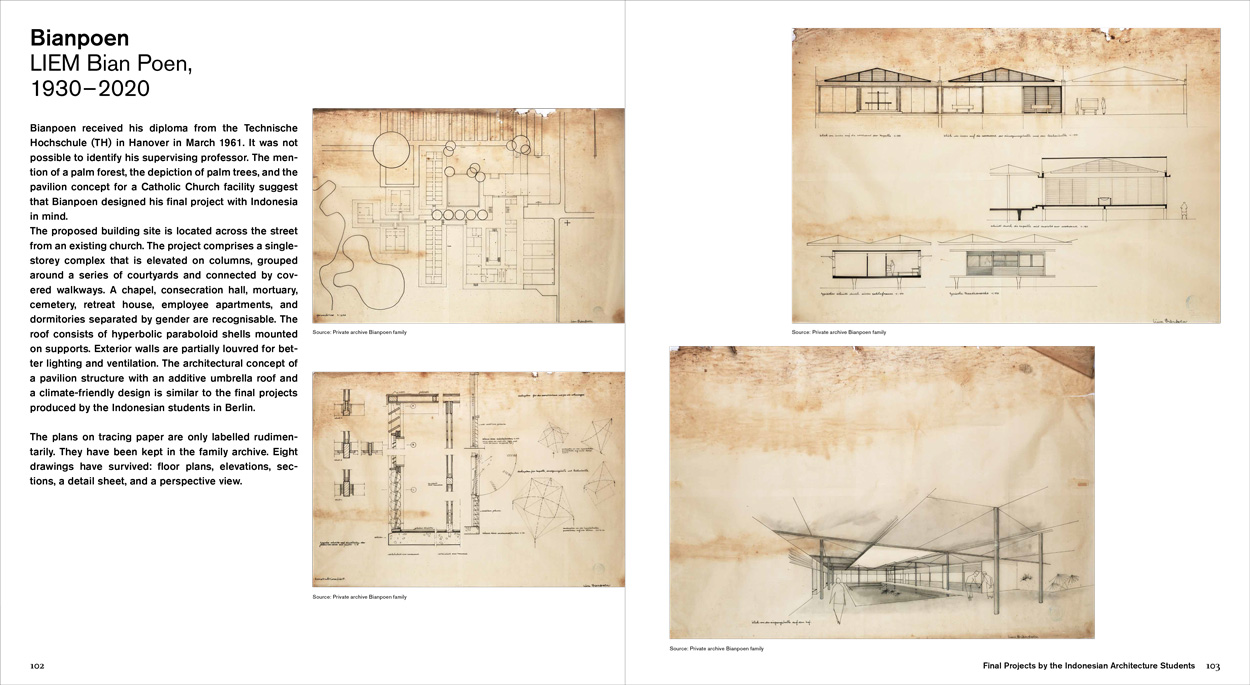 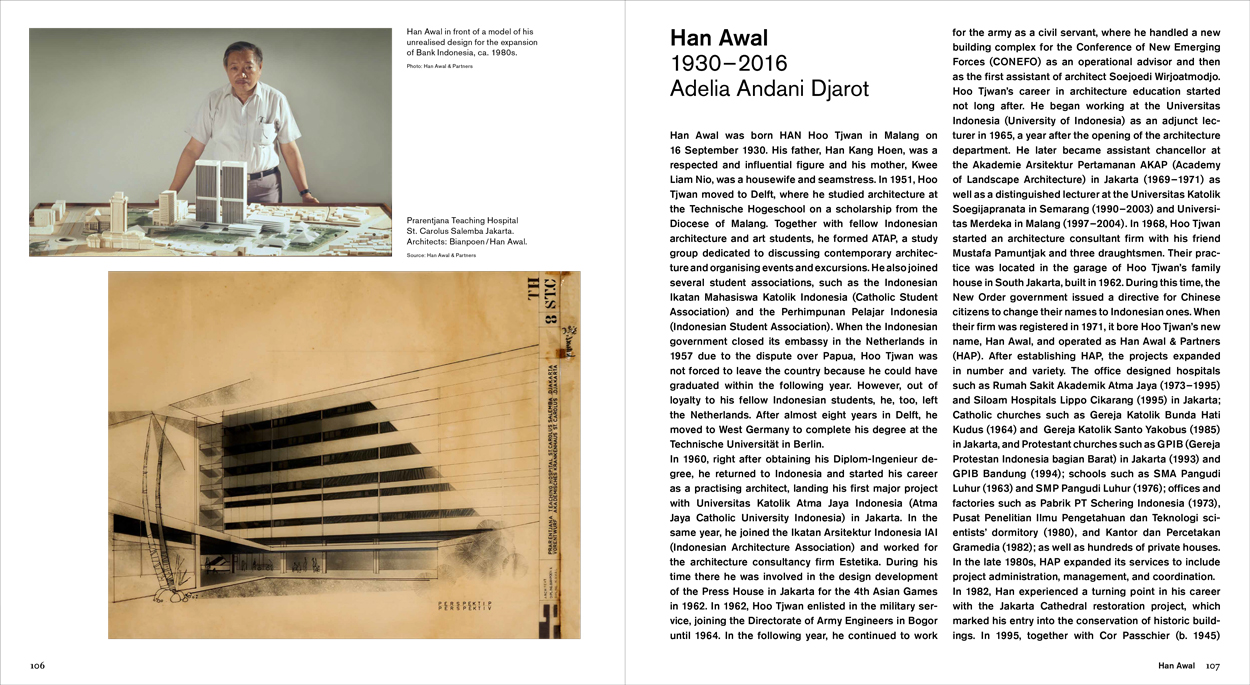 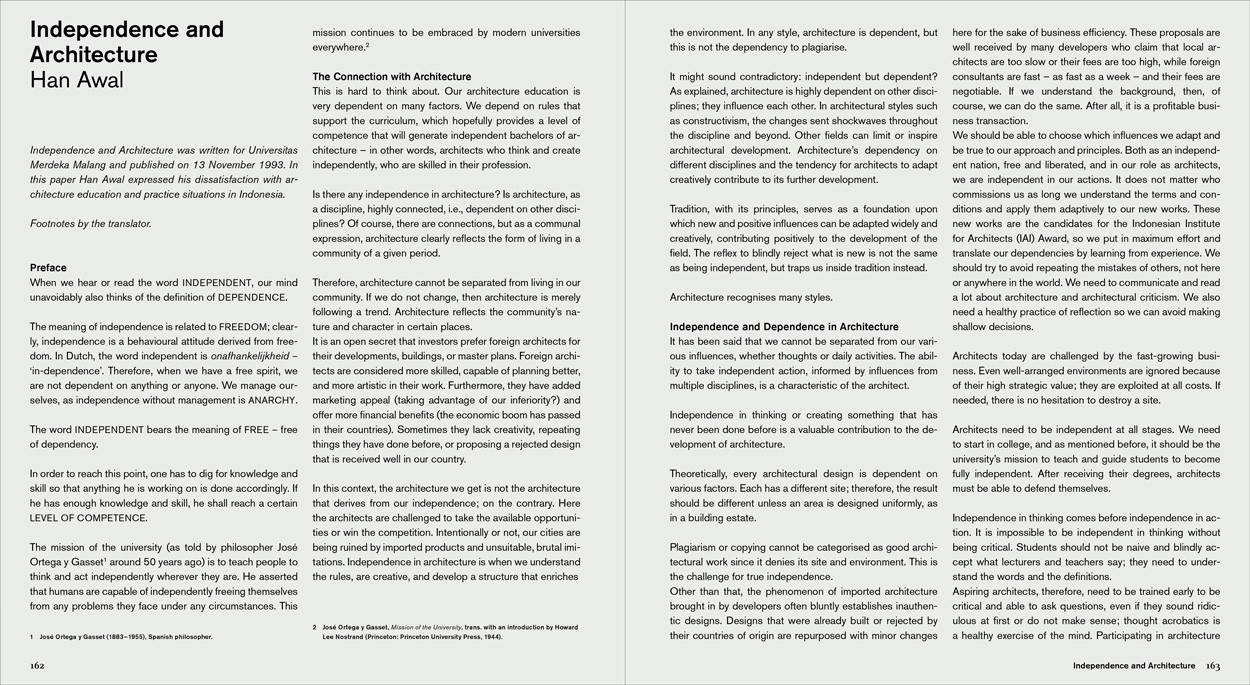 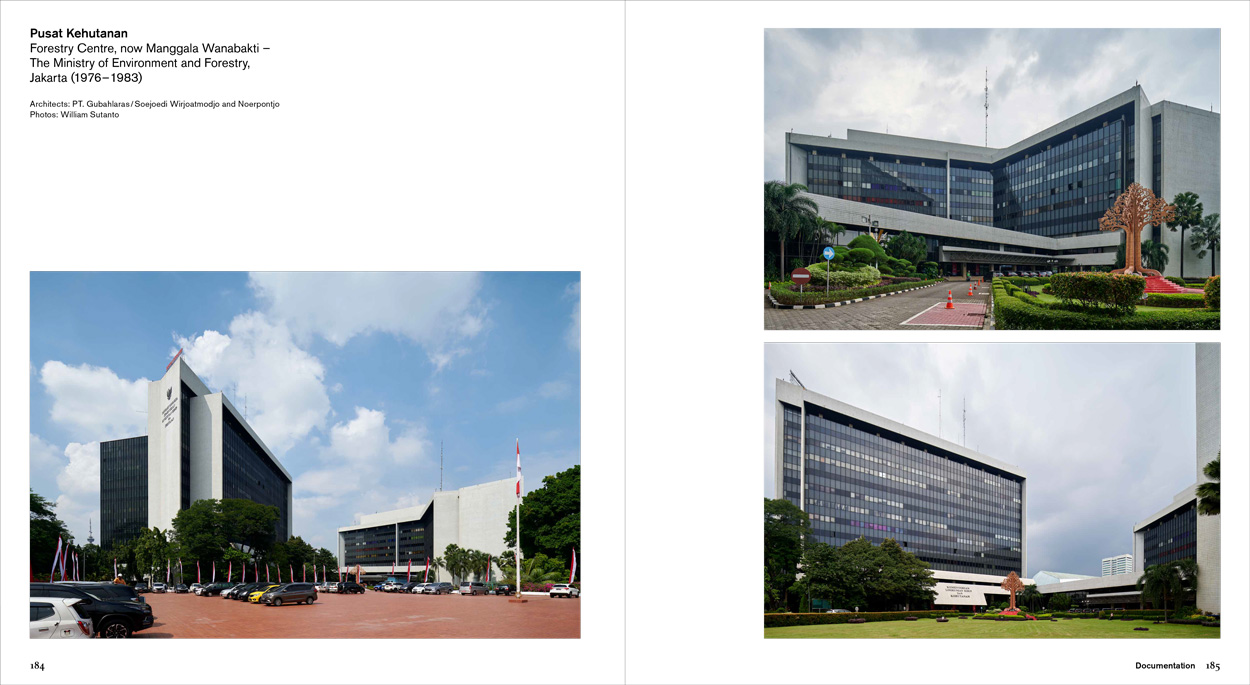 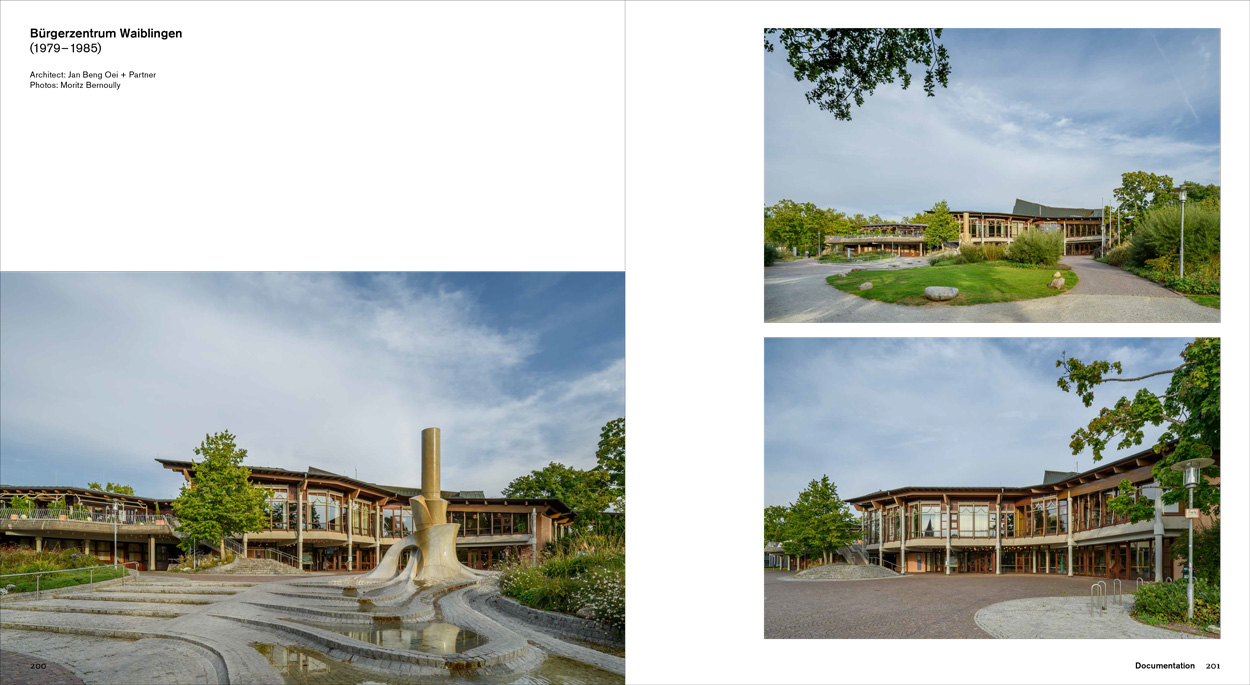 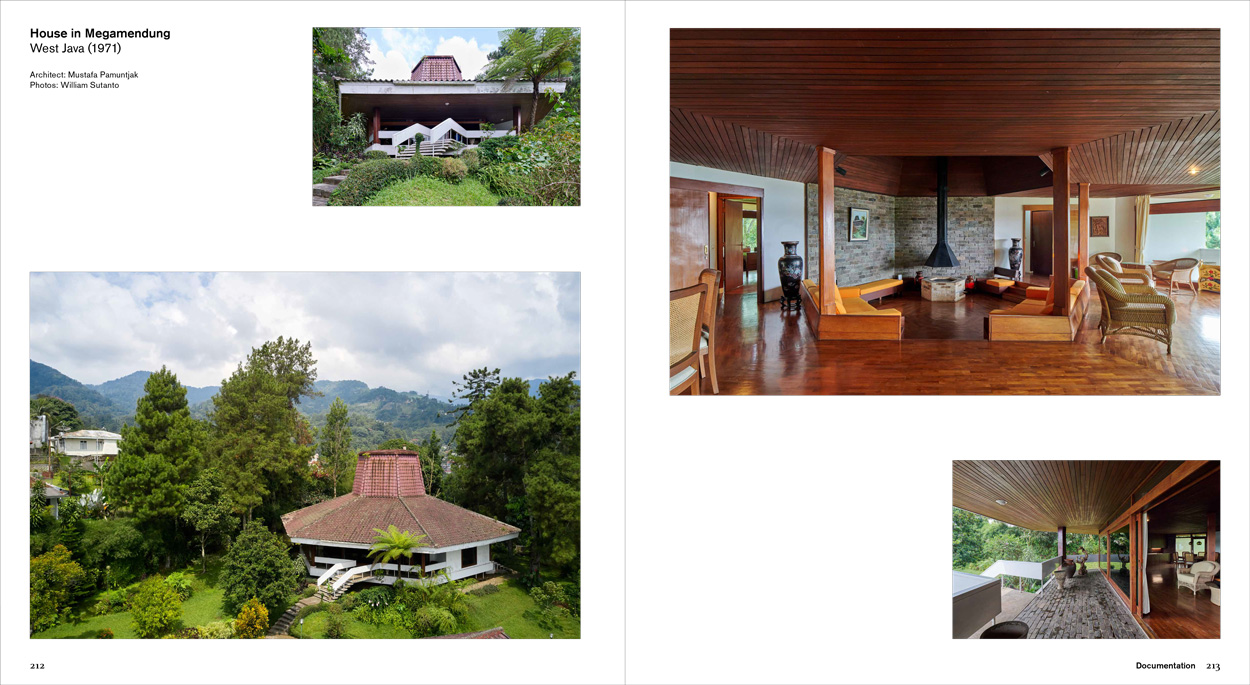 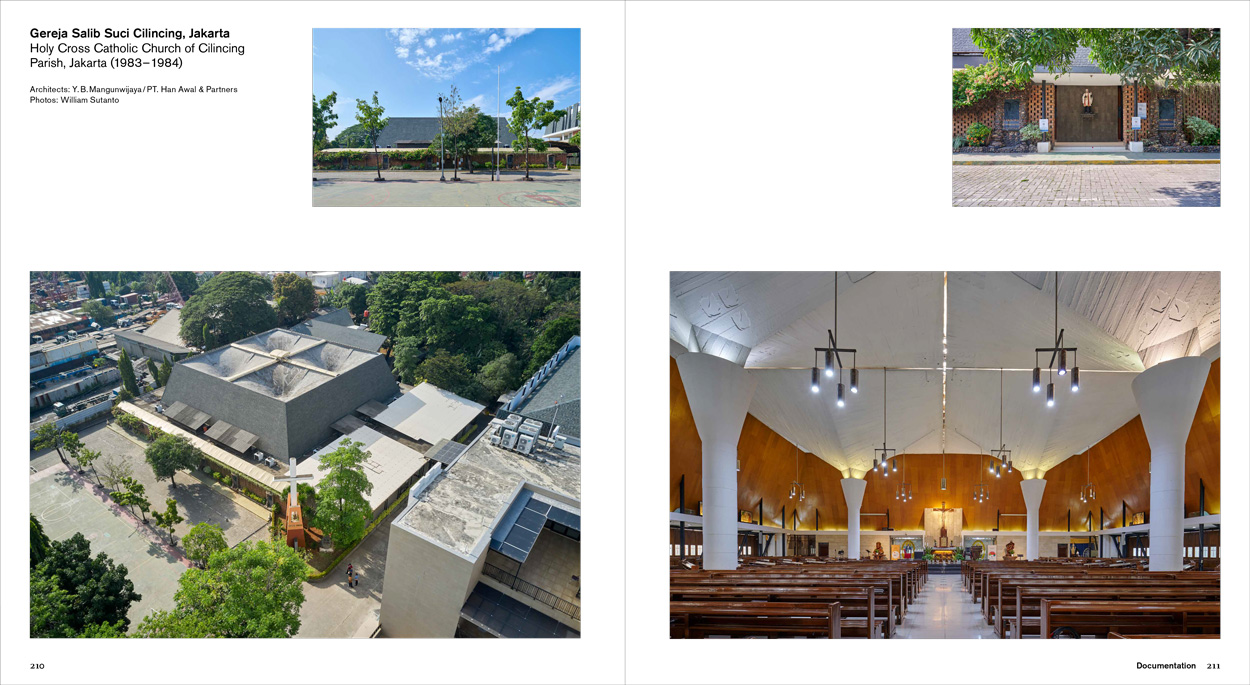 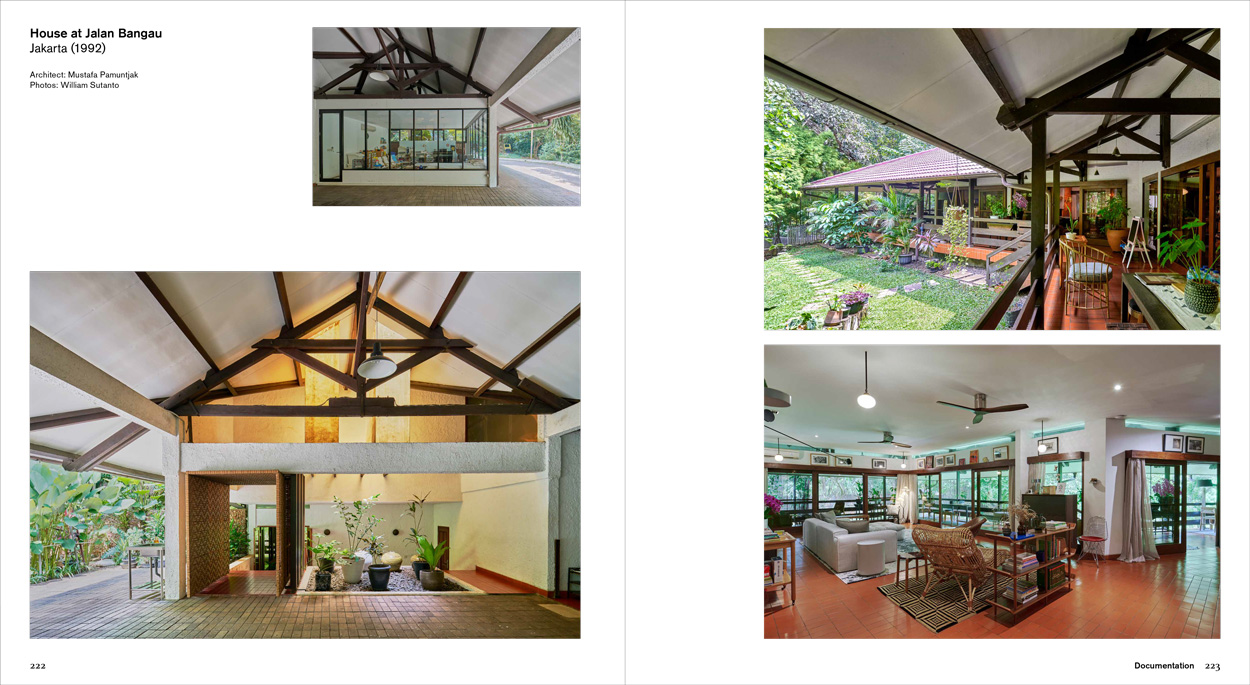