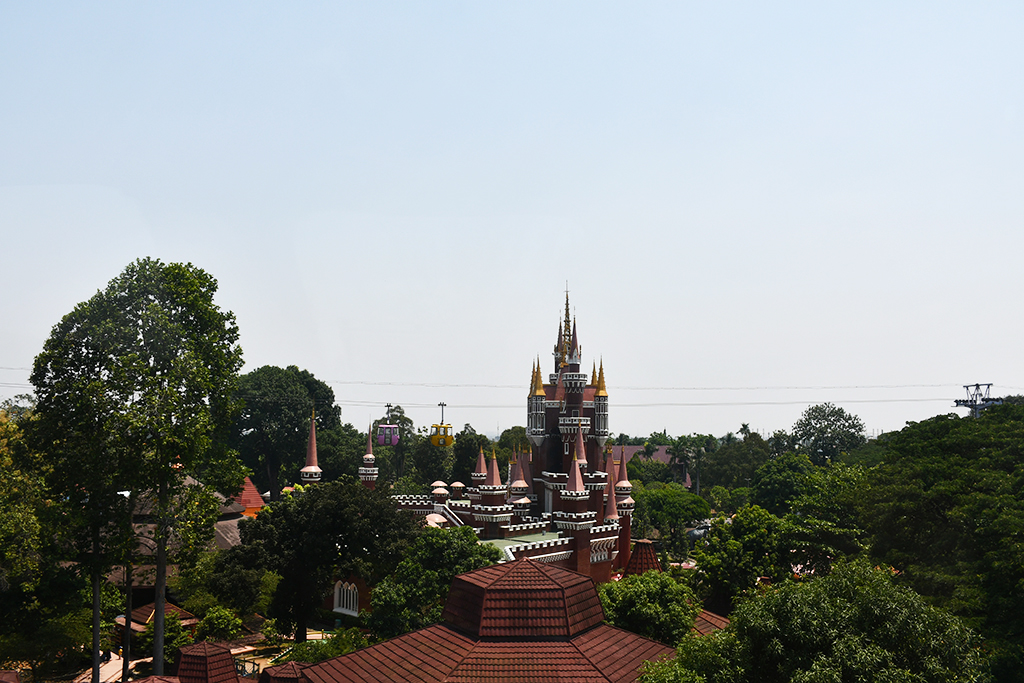 Together with the curators and students of From, by and for whom?, the project team went on an excursion to Taman Mini Indonesia Indah.

The tour started early in the morning at Gudskul. A bus brought us to Taman Mini Indonesia Indah, a theme park with cable cars, pools, rides, restaurants, museums, and most importantly, numerous pavilions representing the different regions of Indonesia. Tien Suharto, the wife of Indonesia’s second President Suharto, had commissioned the complex in order to show visitors the cultural diversity of the nation of Indonesia. 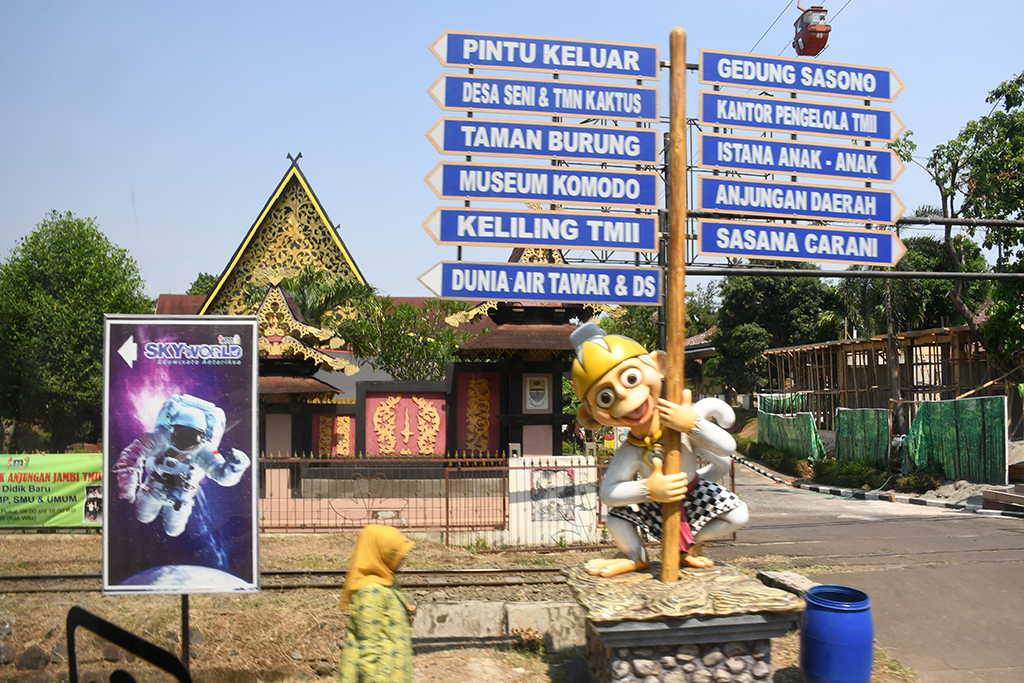 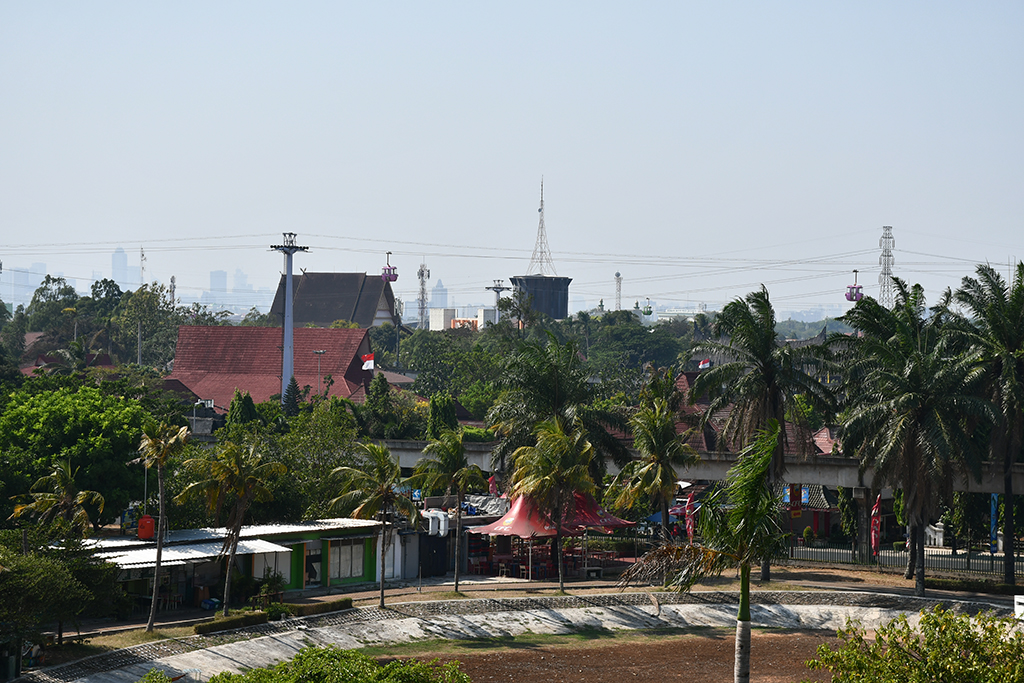 During the cable car ride, we got an impression of the immense size of the park and the lively composition of this Disneyland-like theme park of Indonesia. 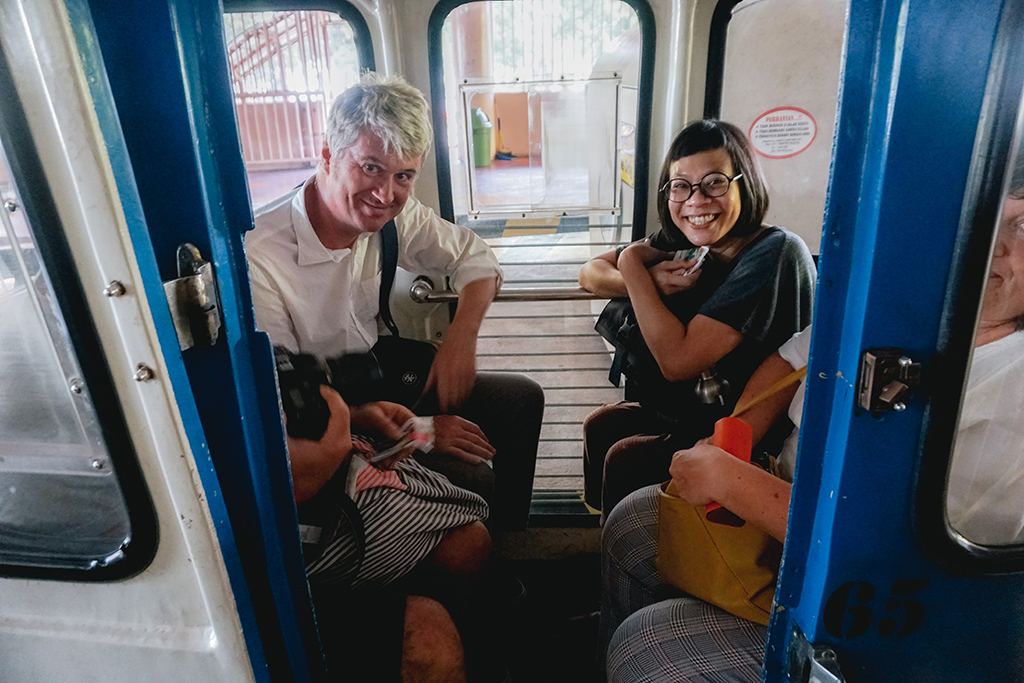 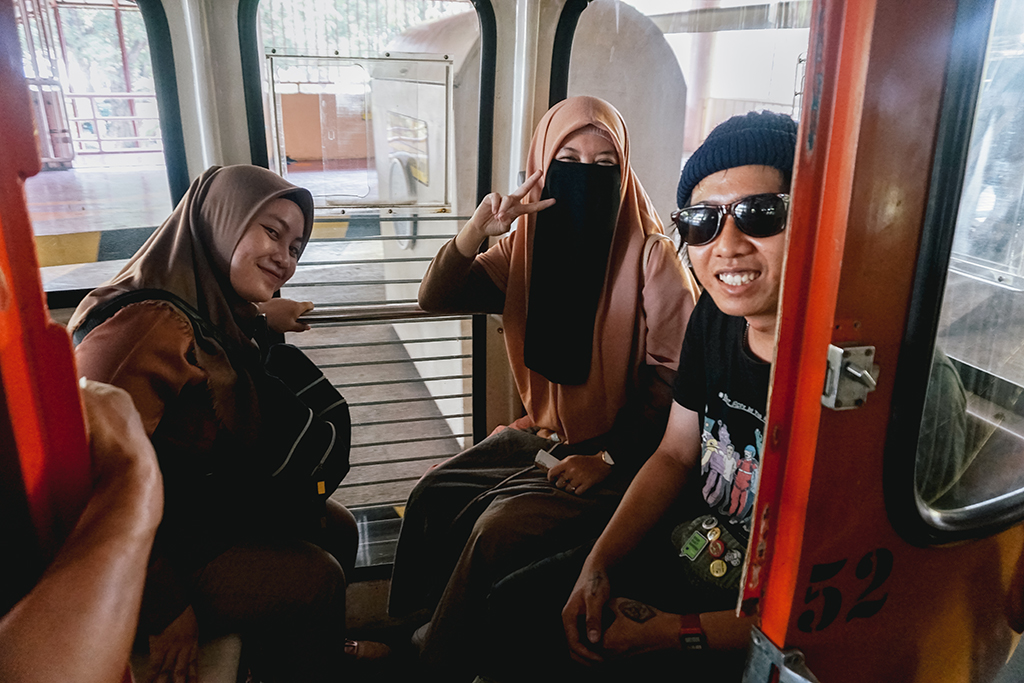 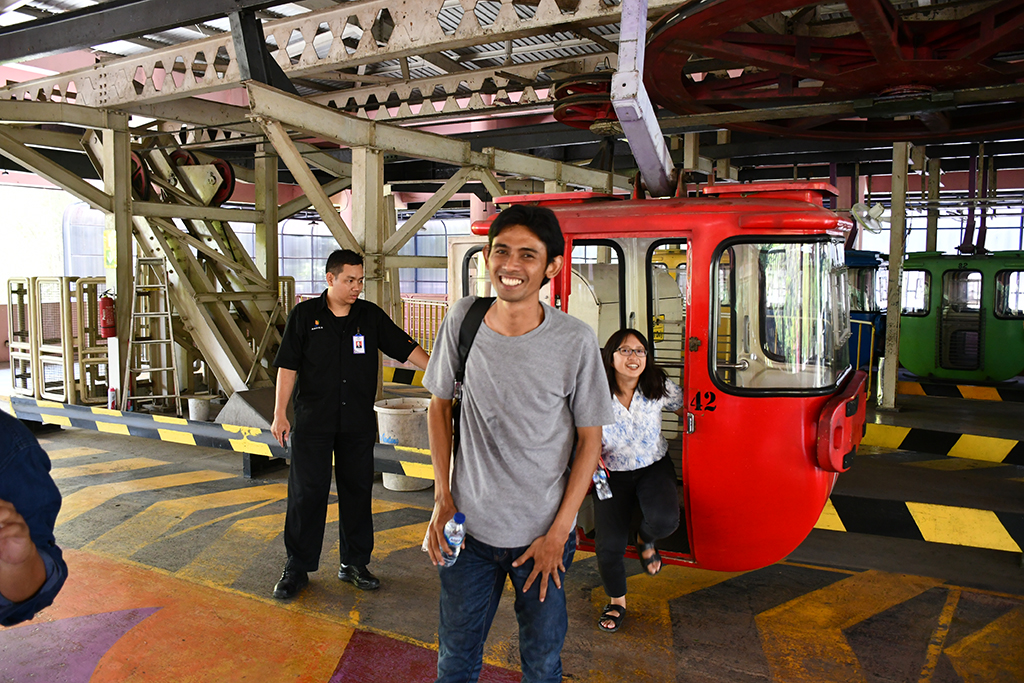 We visited a miniature version of the Borobudur temple, which is a UNESCO World Heritage and important site for Indonesian identity. Grace Samboh and the students explained to us that it is mandatory for schools to make an excursion with their classes to Taman Mini Indonesia Indah for the purpose of a historical, geographical, and cultural education about the country. 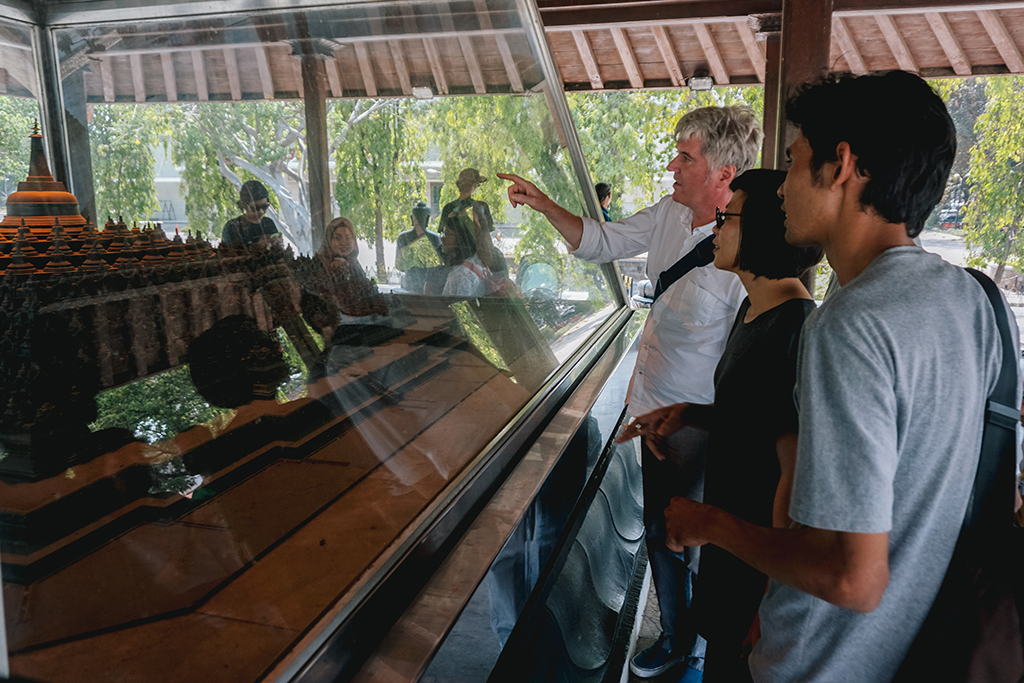 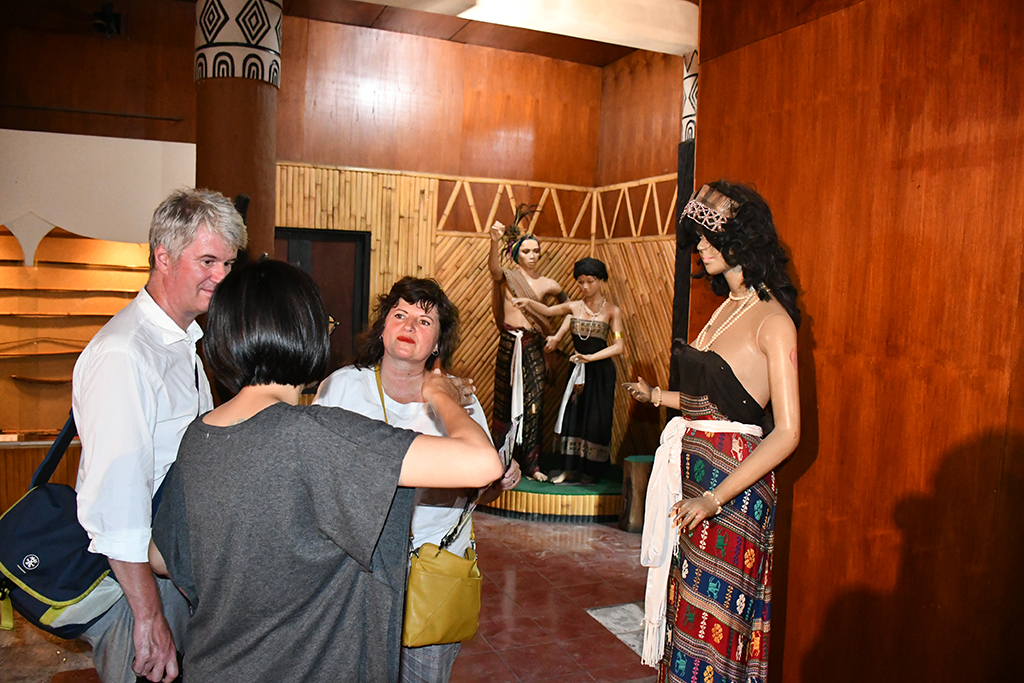 During a visit to the Military Museum, a huge fortress mock-up, it became clear that the park also serves the purpose of political indoctrination. Only few exhibits inform about the actual military of the Republic of Indonesia (founded in 1945), but instead focus more on the struggle of different population groups of the archipelago against colonial invaders. Heroic battle scenes depicted in dioramas serve as precursors to the Indonesian state military in order to underpin its position of power in the country. The fact that the military also acted against its own population is omitted. 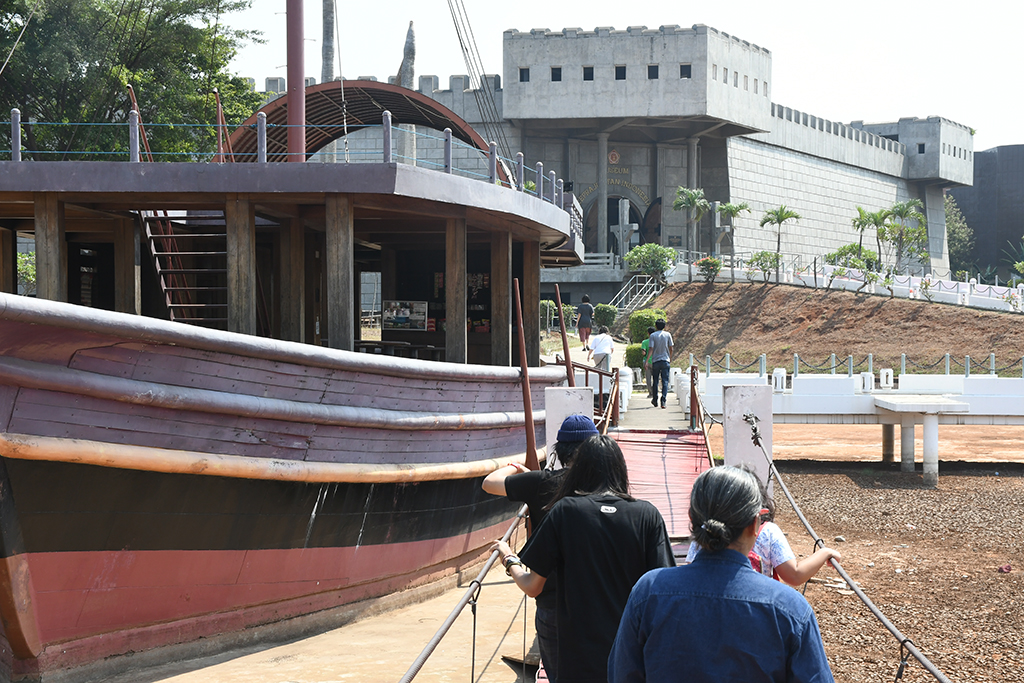 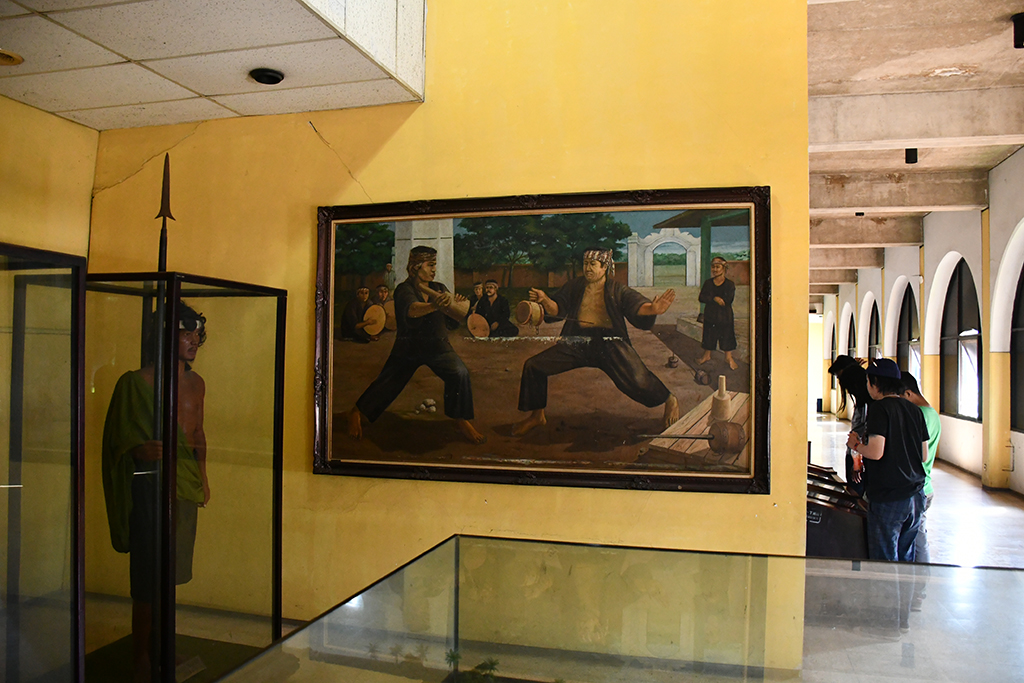 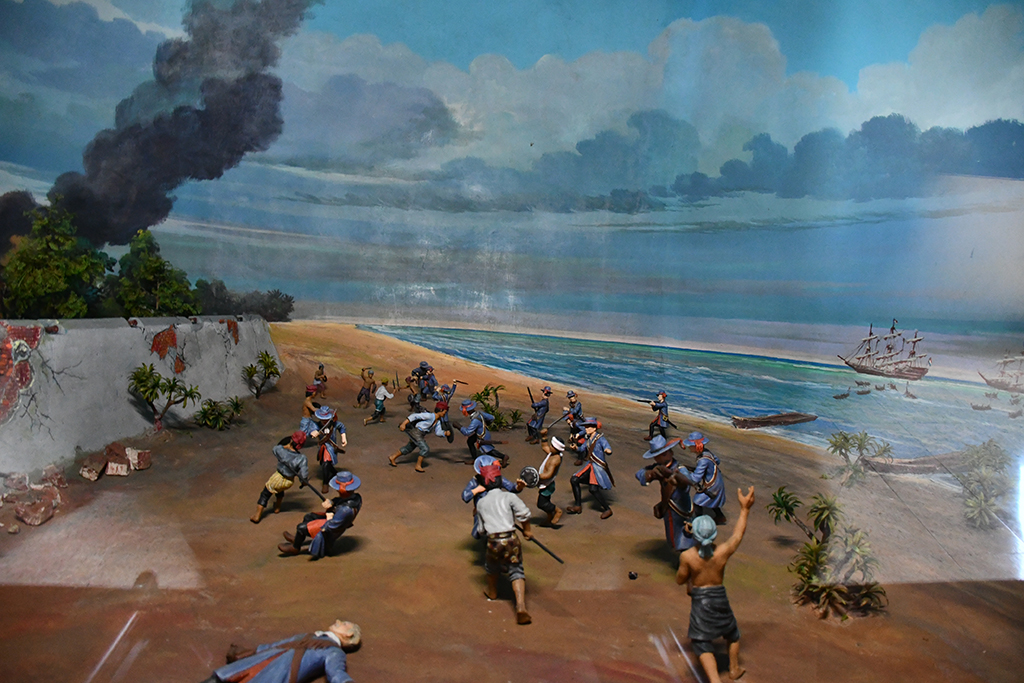 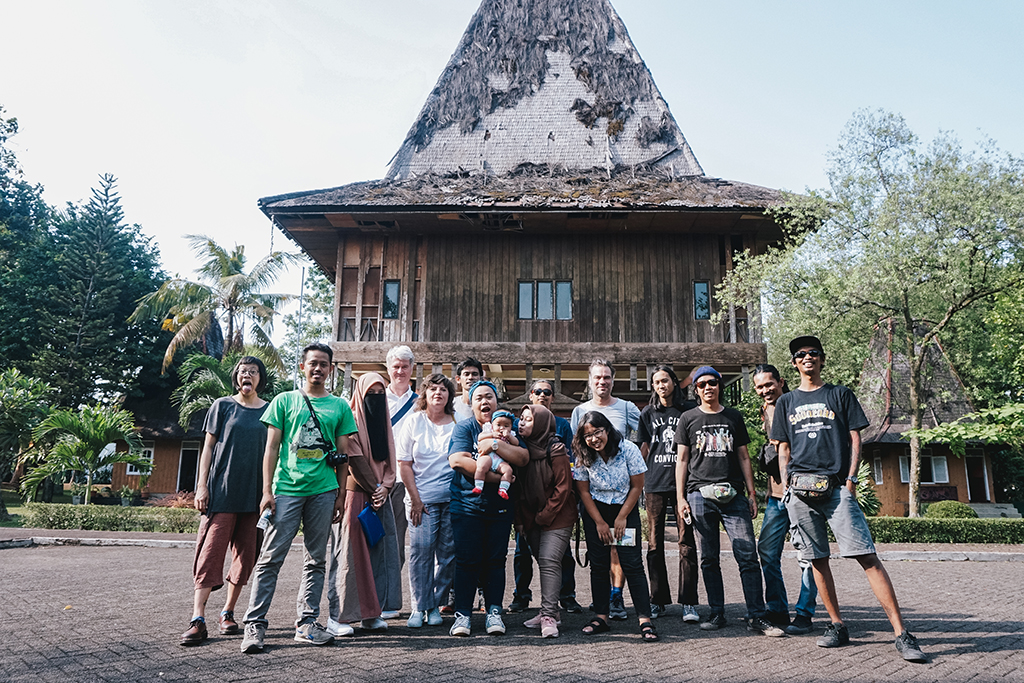 For the last part of the tour, we visited the regional pavilions of West Sumatra, which were very busy and gave insights into the culture and architecture of the region. For the Berlin team, the tour offered a very informative first overview of how national history and culture are made accessible to a broad audience and what political strategies could lie behind this particular form of communication. The Gudskul students felt reminded of their childhood when they visited the Mini Park with their schools, and questioned this educational approach critically. 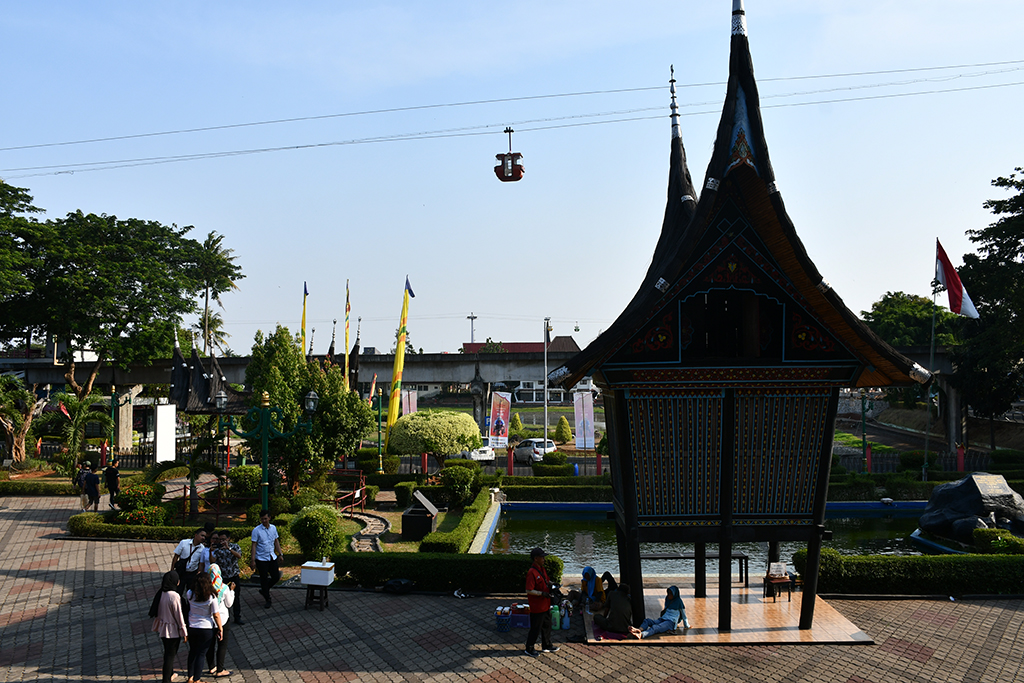