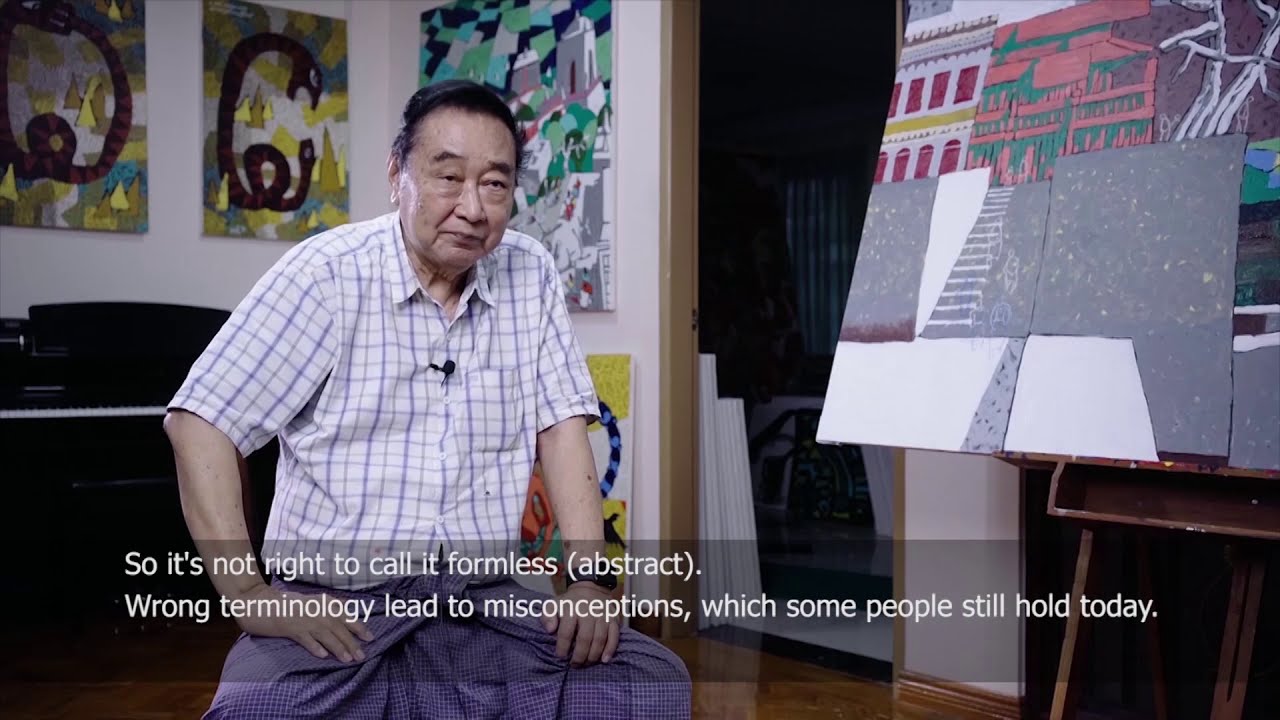 U Win Pe was born in Mandalay in 1936. He studied with U Ba Thet, considered one of the first painters to paint in the Western style, and with U Kin Maung, a banker and arts patron who also became famous as a painter. Both are considered among the first artists to bring modernism and abstract expressionism to Myanmar. Together with the painter Paw Oo Thett, U Win Pe is considered a member of the second generation of modern artists in Myanmar.

During his life, U Win Pe worked as a newspaper cartoonist, gem dealer, film director, writer of short stories, and director of the State School of Fine Arts, Music, and Dance in Mandalay. In 1964 he visited the United States, where he soon set up the Myanmar branch of Radio Free Asia – making it impossible for him to return to his native country for many years. Finally, in 2015, he was able to return to Yangon, and since devoted himself mainly to painting.