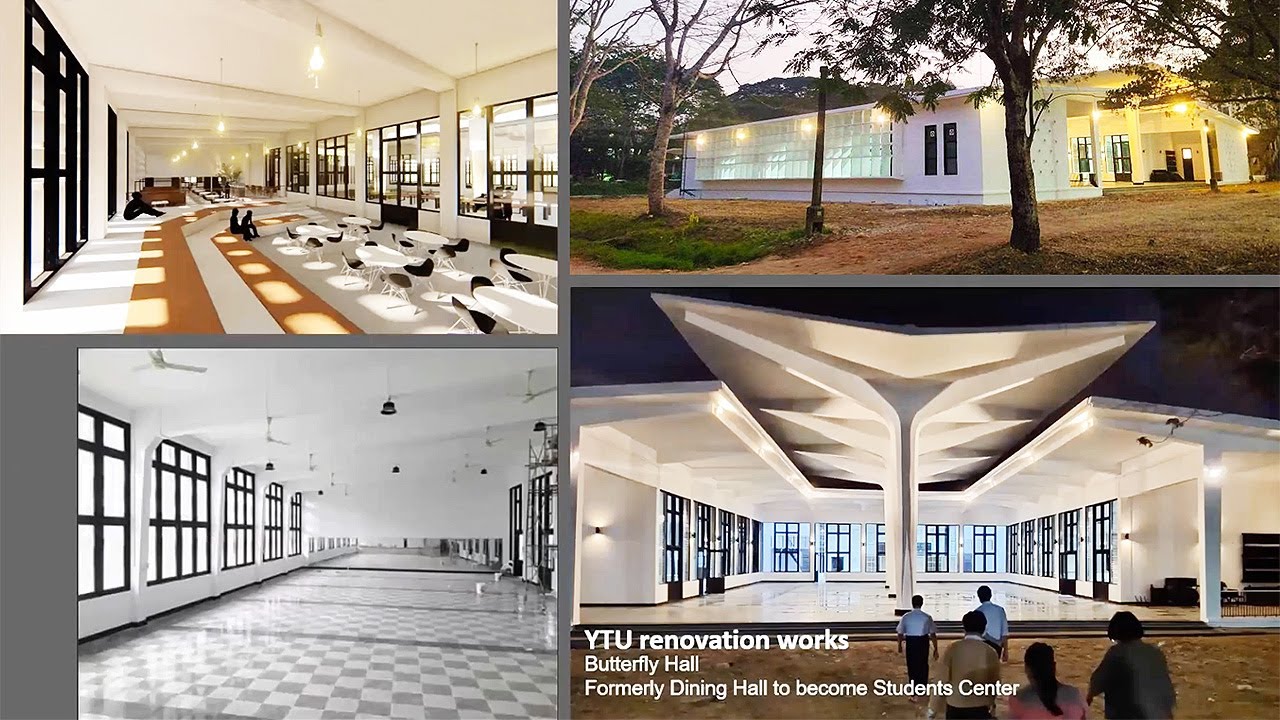 Our third online symposium on 17 September brought together five lecturers from Singapore, Germany, Myanmar, and Sri Lanka. The Future of Modernity focused on conservation strategies being discussed in Germany today, and how they correspond to strategies being implemented in Southeast Asia.00:00:00 Introduction

Upon gaining independence in the mid-20th century, many cities in Southeast Asia changed dramatically in terms of their physical appearance. The task of becoming an independent nation was accompanied by the desire for a symbolic new beginning in architecture and urban planning. International modernism not only offered an aesthetic programme that reflected expectations of progress and prosperity, but also served as a means of emancipation from the colonial powers. Local modernities were created, based on an understanding of cultural specifics and the climatic requirements of building in tropical regions.

Today, however, the built legacy of this transformational period is increasingly under threat. Rapid urbanization and the accompanying rise in property values, reassessments of local architectural histories that are often politically motivated, and demands to adapt old buildings to new uses are causing ever more iconic structures to be razed or disfigured through careless modifications. And such developments are not limited to Southeast Asia. In Germany as well, architecture from the 1950s to 1970s is falling victim to demolition for very similar reasons.

It is therefore necessary to exchange views, examine successes, discuss strategies, and to determine what added value is created for society if buildings from this period are preserved. What concepts are being discussed in Germany today, and how do they correspond to strategies being implemented in Southeast Asia? How can contemporary usage concepts for modernist buildings be developed? What kinds of arguments could help secure a future for these buildings?

Eduard Kögel welcomed the guests on behalf of the team of artistic directors, introduced the concerns, ideas, and developments of Encounters with Southeast Asian Modernism and the Contested Modernities programme.

Shirley Surya, Curator in Design and Architecture at M+, Hong Kong’s new museum for visual culture, introduced the topics of the symposium and moderated the programme with commitment and competence.

Johannes Widodo, Director of the Graduate Programmes in Architectural Conservation and of the Tun Tan Cheng Lock Centre for Asian Architectural and Urban Heritage in Melaka at the Department of Architecture, National University of Singapore, showed encouraging examples of new developments in the Southeast Asian region that are related to the documentation, theoretical discourse, education, and conservation of Asian modernisms and modern heritage.

Oliver Elser, curator at the German Architecture Museum (DAM) in Frankfurt, Germany, and 2021 substitute professor for Architectural Theory at KIT, Karlsruhe, presented the project SOS Brutalism, which was created in close cooperation between the Deutsches Architekturmuseum and the Wüstenrot Foundation. The project’s goal is to re-evaluate Brutalist architecture in a worldwide comparison and with the involvement of a dense network of local correspondents.

Moe Moe Lwin, Director of the Yangon Heritage Trust (YHT), gave a brief introduction to the post-independence architecture of Yangon. She explained that with the country’s reentry into the global economy in 2012, Yangon once again faces increasing development pressure. It is now a matter of how heritage is defined in Yangon and what quality these architectural treasures contribute to the city’s build environment. She closed with some encouraging examples of how some modernist buildings in Yangon will be preserved in the near future.

Modernist buildings in Berlin – How to deal with them?

Christoph Rauhut, State Conservator and Director of the Berlin State Monument Authority, Germany, gave an insight into conservation strategies regarding some of Berlin’s modernist buildings and ensembles from the second half of the 20th century that are special in terms of architectural culture and worthy of preservation.

Shayari de Silva, Curator of Art & Archival Collections, Geoffrey Bawa Trust, Colombo, Sri Lanka, introduced to the work of the trust. The trust’s objective is furthering the fields of architecture, the fine arts, and ecological and environmental studies. With the physical relocation of the Ena de Silva House (2016) and the renovation of the Saram House (2018), Shayari de Silva presented recent examples of the efforts taken by the trust in conserving modern architectural heritage in Sri Lanka.

The ensuing discussion was multifaceted, complex, and full of insights. The contributors had many questions for each other, resulting in a lively dialogue.